School libraries are critical to maintaining great democratic public schools. The loss of school libraries threatens their existence and a student’s right to receive information. See the American Library Association and The Universal Right to Free Expression: An Interpretation of the Library Bill of Rights.

Many public schools no longer have functioning school libraries or qualified librarians, especially true for students from disadvantaged households.

There can be no discussion of controversial books, including age-appropriateness, with librarians if there are no school libraries or librarians for America’s next generation. How will students grow if left in schools without access to the information necessary to become educated citizens?

We’ve known for years that students who attend schools with great school libraries do better on standardized tests.

If this nation cares for its students, and if they’re worried about learning gaps between the rich and poor, and equity, where’s the concerted effort to save school libraries?

The Loss of School Libraries and Librarians for the Disadvantaged

From The Boston Globe:

Among 125 campuses, 58 percent lack their own full-time libraries with staff. Only 52 schools have one.

. . . after years of shifting priorities, a school library with regular hours, expert staff, and an up-to-date collection has become a bonus amenity, found at exam schools and some other campuses with robust parent fund-raising efforts — and infrequently elsewhere.

District leaders say libraries are among the core resources that must be guaranteed at every school to ensure equity and promote literacy.

The Progressive reported that in Philadelphia, only 16 percent of their 326 public schools have a professional librarian. This affects 73 percent of students who are Black or Latinx; almost half living in disadvantaged households.

With talk about failing schools, and concerns about freedom and democracy, why have school libraries been allowed to disappear? Why is this gap ignored?

Colleges are losing their libraries as well. Here’s a 2019 report from the Atlantic: College Students Just Want Normal Libraries by Alia Wong.

The loss of librarians and school libraries isn’t new. It’s no secret.

However, instead of public funding to support school libraries, there’s a switch to handing school libraries over to nonprofits and charitable organizations, described as Future Ready (FR).

Like everything involving school privatization and converting schooling to online instruction, closing the digital divide, groups are changing the nature of school libraries.

Here is how this appears to be done.

EdSurge, described as online news meant to show how education is shifting to technology, describes SLIDE, a $348,905 study funded by the Institute of Museum and Library Services by education professors at Antioch University (Seattle). SLIDE is also mentioned in The Boston Globe report.

SLIDE references the RSL Research Group, which further explains how school libraries are in trouble. But they promote what they call groundbreaking Limitless Libraries, a partnership between Nashville Public Library and Metropolitan Nashville School District.

With Limitless Libraries, students must go to local public libraries for information when they don’t have school libraries.

In the Boston report, a parent is happy her second-grader has access to a local branch library, but what about the children that don’t have access?

RSL highlights All4Ed or Future Ready Schools, once called the Alliance for Excellent Education, funded by the Bill and Melinda Gates Foundation.

All4Ed promises to cultivate strong partnerships with a diverse group of national nonprofit organizations; local and regional experts; state leaders; members of the media; foundations; and corporations that, in collaboration, support our work from the classroom to Congress.

Who funds All4Ed? The same companies hoping to privatize schools and convert them into online instruction!

The list is long. Here are a few well-known groups connected to All4Ed:

Here’s what they say:

Future Ready Schools® (FRS) cultivates strong partnerships with a diverse group of national nonprofit organizations; local and regional experts; state leaders; members of the media; foundations; and corporations that, in collaboration, support our work from the classroom to Congress.

This broad-based approach results in authentic programs and free offerings that help thousands of school and district leaders set, reach, and expand their goals for technology-enabled student-centered learning. Our partners work hand-in-hand with us to ensure that our equity-focused vision for a robust and high-quality learning experience becomes a reality for all students across our nation.

Equity described here, does not seem to be about functioning school libraries open to all children, but instead online instruction using computers of which companies can make a profit.

Here’s a list of superintendents, principals, technology leaders, instructional coaches, school boards, and librarians all in for All4Ed.

It would be interesting to see how their school libraries fare, how well their schools are funded, and how many qualified librarians they hire.

Russell, J. (2022, February 12) Most of Boston’s schools lack fully functioning libraries. The superintendent vowed to change that — but will her successor? The Boston Globe, Retrieved from https://www.bostonglobe.com/2022/02/12/metro/most-bostons-schools-lack-…

Other Blog Posts About Libraries

Poverty & Reading: The Sad and Troubling Loss of School Libraries and Real Librarians

The Racism Behind Firing Librarians and Closing School Libraries

There’s No “Science of Reading” Without School Libraries and Librarians, A Predictor of Student Success

How is School Choice “Freedom” When Students Lose School Libraries and Librarians?

Public Schools and School Libraries: The “Hub” of Democracy During a Crisis, Is Facing Its Own Crisis

Maker Movements Should NOT Endanger School Libraries, Librarians, and Reading 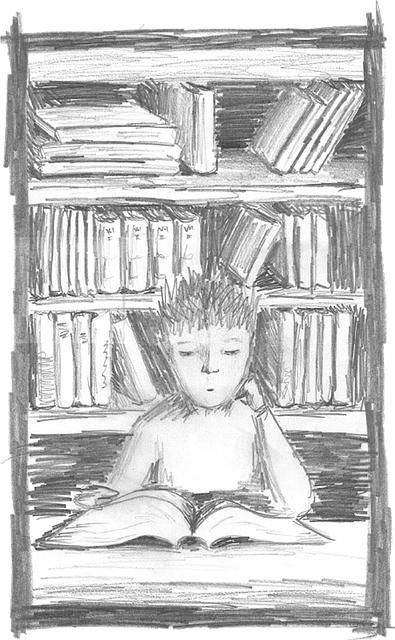