This post is a piece from NPR summarizing the recent Tennessee study about the negative effect of preschool programs.  Here’s a link to the original.

The study showed that the preschool program in Tennessee aimed at disadvantaged students was no only ineffective at improving the academic performance of these students but actually put them at a disadvantage compared to similar students who didn’t experience the program.

Farran and her co-authors at Vanderbilt University followed both groups of children all the way through sixth grade. At the end of their first year, the kids who went to pre-K scored higher on school readiness — as expected.

How should we understand this outcome, for a kind of program that has been considered the best way to increase life chances for low-income students?  The author of the study sees the explanation in the program’s focus on the disadvantaged.  Other programs that include students from all income groups show a positive effect on students from a disadvantaged background.

The problem seems to be a familiar one on the literature on schooling, namely that programs aimed specifically at disadvantaged students adopt a more rigidly structured, teacher-directed, and drill-and-kill approach than those aimed at more privileged students.  The thinking is that “those kids” need this kind of rote learning in order to catch up with their peers, but the effect is to turn them off from school and learning altogether.

The bottom line is this:

We might actually get better results, she says, from simply letting little children play.

Dale Farran has been studying early childhood education for half a century. Yet her most recent scientific publication has made her question everything she thought she knew.

“It really has required a lot of soul-searching, a lot of reading of the literature to try to think of what were plausible reasons that might account for this.”

And by “this,” she means the outcome of a study that lasted more than a decade. It included 2,990 low-income children in Tennessee who applied to free, public prekindergarten programs. Some were admitted by lottery, and the others were rejected, creating the closest thing you can get in the real world to a randomized, controlled trial — the gold standard in showing causality in science.

Farran and her co-authors at Vanderbilt University followed both groups of children all the way through sixth grade. At the end of their first year, the kids who went to pre-K scored higher on school readiness — as expected.

“Whereas in third grade we saw negative effects on one of the three state achievement tests, in sixth grade we saw it on all three — math, science and reading,” says Farran. “In third grade, where we had seen effects on one type of suspension, which is minor violations, by sixth grade we’re seeing it on both types of suspensions, both major and minor.”

That’s right. A statewide public pre-K program, taught by licensed teachers, housed in public schools, had a measurable and statistically significant negative effect on the children in this study.

Farran hadn’t expected it. She didn’t like it. But her study design was unusually strong, so she couldn’t easily explain it away.

“This is still the only randomized controlled trial of a statewide pre-K, and I know that people get upset about this and don’t want it to be true.”

Why it’s a bad time for bad news

It’s a bad time for early childhood advocates to get bad news about public pre-K. Federally funded universal prekindergarten for 3- and 4-year-olds has been a cornerstone of President Biden’s social agenda, and there are talks about resurrecting it from the stalled-out “Build Back Better” plan. Preschool has been expanding in recent years and is currently publicly funded to some extent in 46 states. About 7 in 10 4-year-olds now attend some kind of academic program. 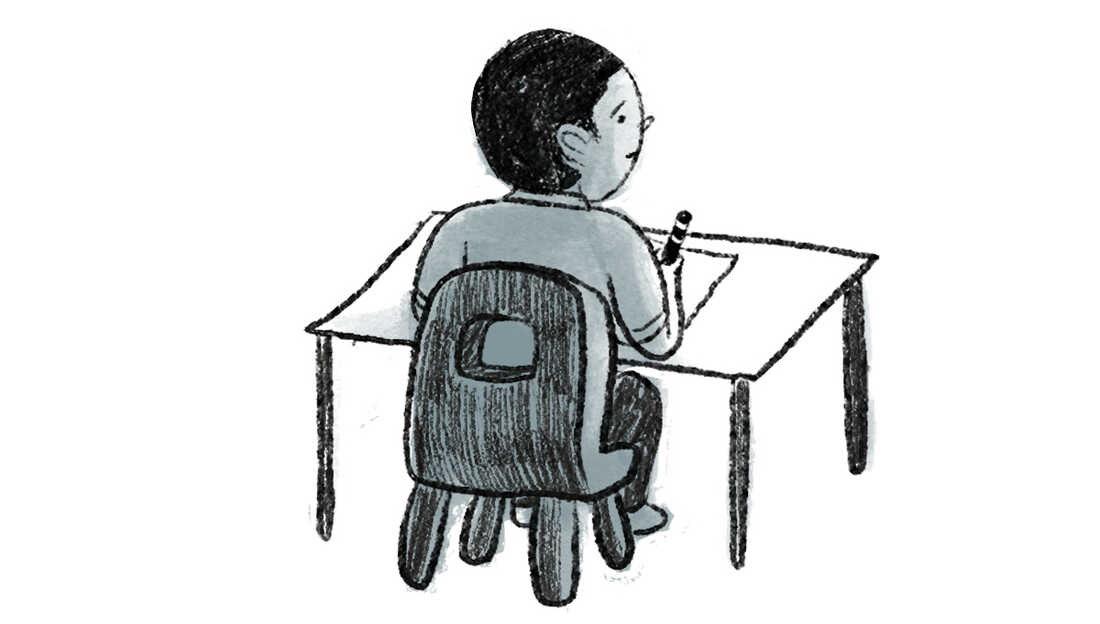 This enthusiasm has rested in part on research going back to the 1970s. Nobel Prize-winning economist James Heckman, among others, showed substantial long-term returns on investment for specially designed and carefully implemented programs.

To put it crudely, policymakers and experts have touted for decades now that if you give a 4-year-old who is growing up in poverty a good dose of story time and block play, they’ll be more likely to grow up to become a high-earning, productive citizen.

What went wrong in Tennessee

No study is the last word. The research on pre-K continues to be mixed. In May 2021, a working paper (not yet peer reviewed) came out that looked at Boston’s pre-K program. The study was a similar size to Farran’s, used a similar quasi-experimental design based on random assignment, and also followed up with students for years. This study found that the preschool kids had better disciplinary records and were much more likely to graduate from high school, take the SATs and go to college, though their test scores didn’t show a difference.

Farran believes that, with a citywide program, there’s more opportunity for quality control than in her statewide study. Boston’s program spent more per student, and it also was mixed-income, whereas Tennessee’s program is for low-income kids only.

So what went wrong in Tennessee? Farran has some ideas — and they challenge almost everything about how we do school. How teachers are prepared, how programs are funded and where they are located. Even something as simple as where the bathrooms are.

Do kids in poverty deserve the same teaching as rich kids?

“One of the biases that I hadn’t examined in myself is the idea that poor children need a different sort of preparation from children of higher-income families.” 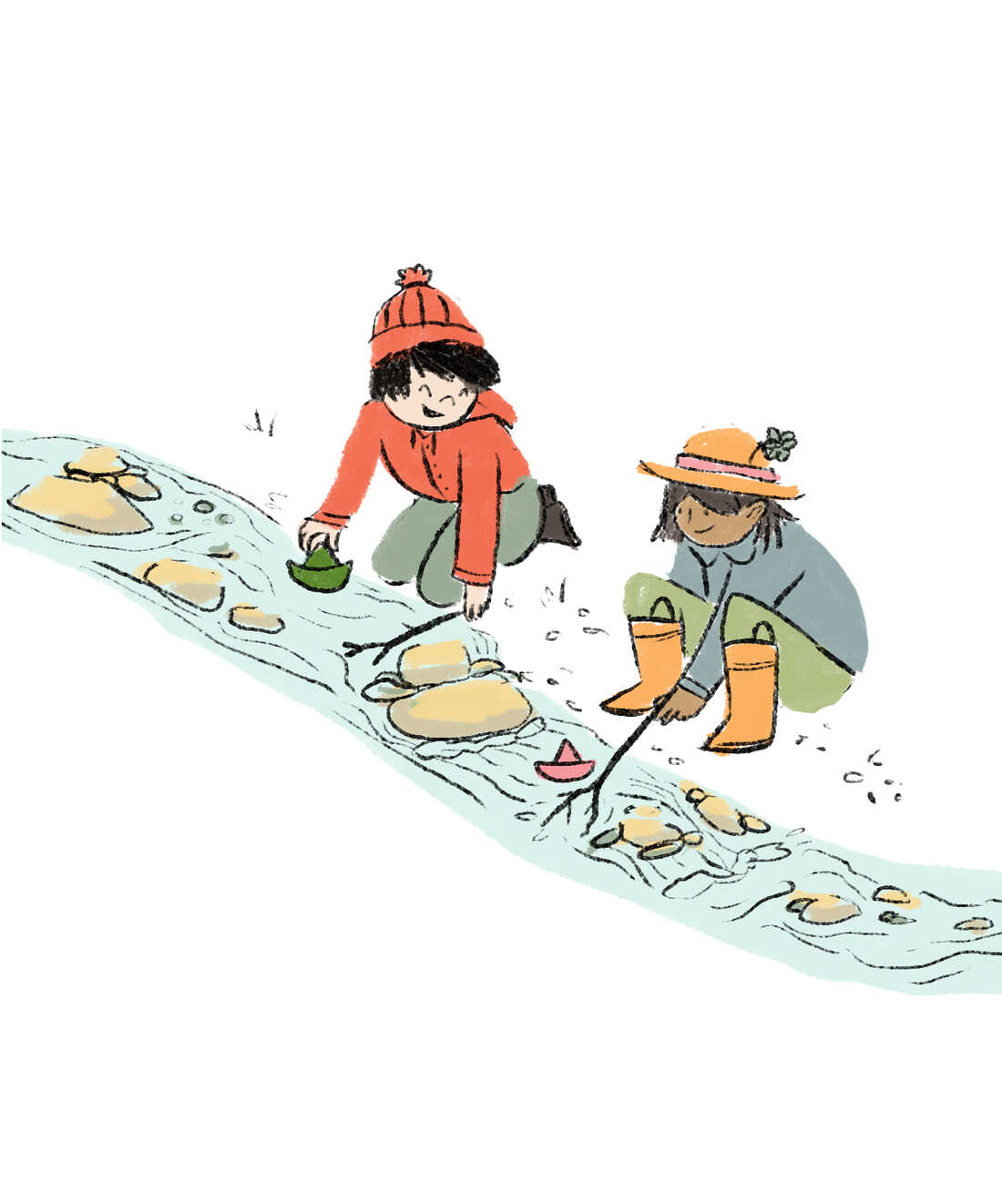 She’s talking about drilling kids on basic skills. Worksheets for tracing letters and numbers. A teacher giving 10-minute lectures to a whole class of 25 kids who are expected to sit on their hands and listen, only five of whom may be paying any attention. 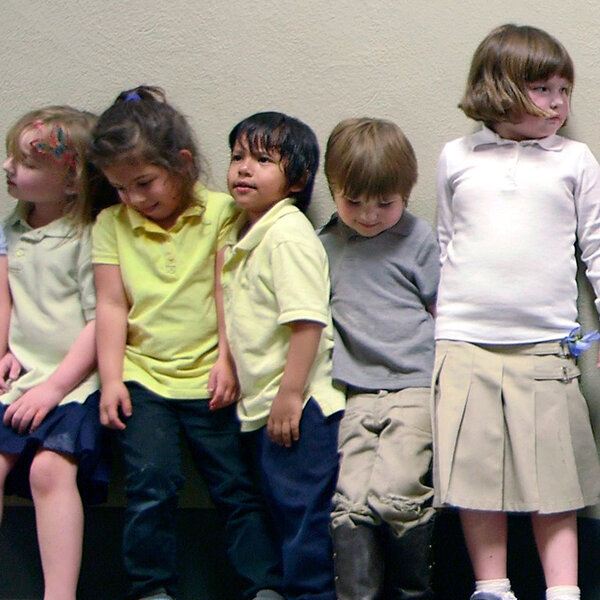 Farran points out that families of means tend to choose play-based preschool programs with art, movement, music and nature. Children are asked open-ended questions, and they are listened to. 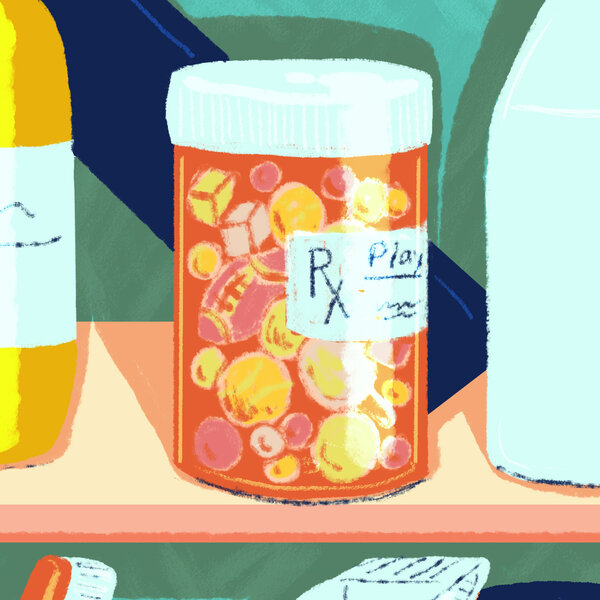 This is not what Farran is seeing in classrooms full of kids in poverty, where “teachers talk a lot, but they seldom listen to children.” She thinks that part of the problem is that teachers in many states are certified for teaching students in prekindergarten through grade 5, or sometimes even pre-K-8. Very little of their training focuses on the youngest learners.

So another major bias that she’s challenging is the idea that teacher certification equals quality. “There have been three very large studies, the latest one in 2018, which are not showing any relationship between quality and licensure.”

Putting a bubble in your mouth

In 2016, Farran published a study based on her observations of publicly funded Tennessee pre-K classrooms similar to those included in this paper. She found then that the largest chunk of the day was spent in transition time. This means simply moving kids around the building. 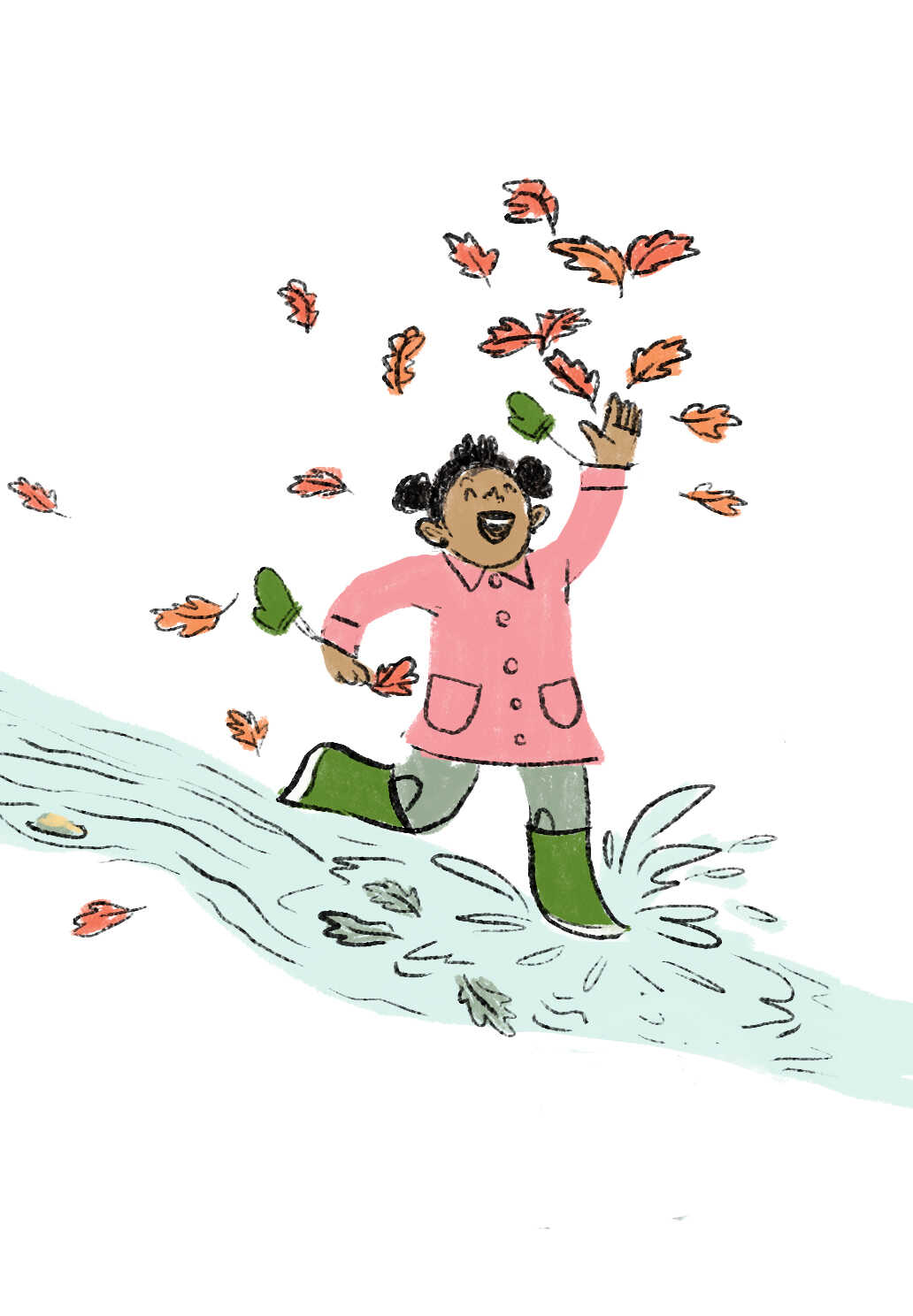 Partly this is an architectural problem. Private preschools, even home-based day cares, tend to be laid out with little bodies in mind. There are bathrooms just off the classrooms. Children eat in, or very near, the classroom, too. And there is outdoor play space nearby with equipment suitable for short people.

“So if you’re in an older elementary school, the bathroom is going to be down the hall. You’ve got to take your children out, line them up and then they wait,” Farran says. “And then, if you have to use the cafeteria, it’s the same thing. You have to walk through the halls, you know: ‘Don’t touch your neighbor, don’t touch the wall, put a bubble in your mouth because you have to be quiet.’ “

One of Farran’s most intriguing conjectures is that this need for control could explain the extra discipline problems seen later on in her most recent study.

In other words, regularly reprimanding kids for doing normal kid stuff at 4 years old, even suspending them, could backfire down the road as children experience school as a place of unreasonable expectations.

We know from other research that the control of children’s bodies at school can have disparate racial impact. Other studies have suggested that Black children are disciplined more often in preschool, as they are in later grades. Farran’s study, where 70% of the kids were white, found interactions between race, gender, and discipline problems, but no extra effect of attending preschool was detected. 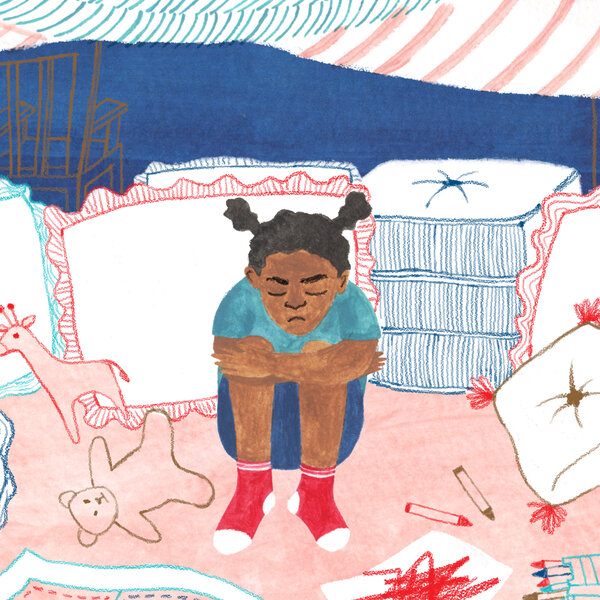 Where to go from here

The United States has a child care crisis that COVID-19 both intensified and highlighted. Progressive policymakers and advocates have tried for years to expand public support for child care by “pushing it down” from the existing public school system, using the teachers and the buildings. 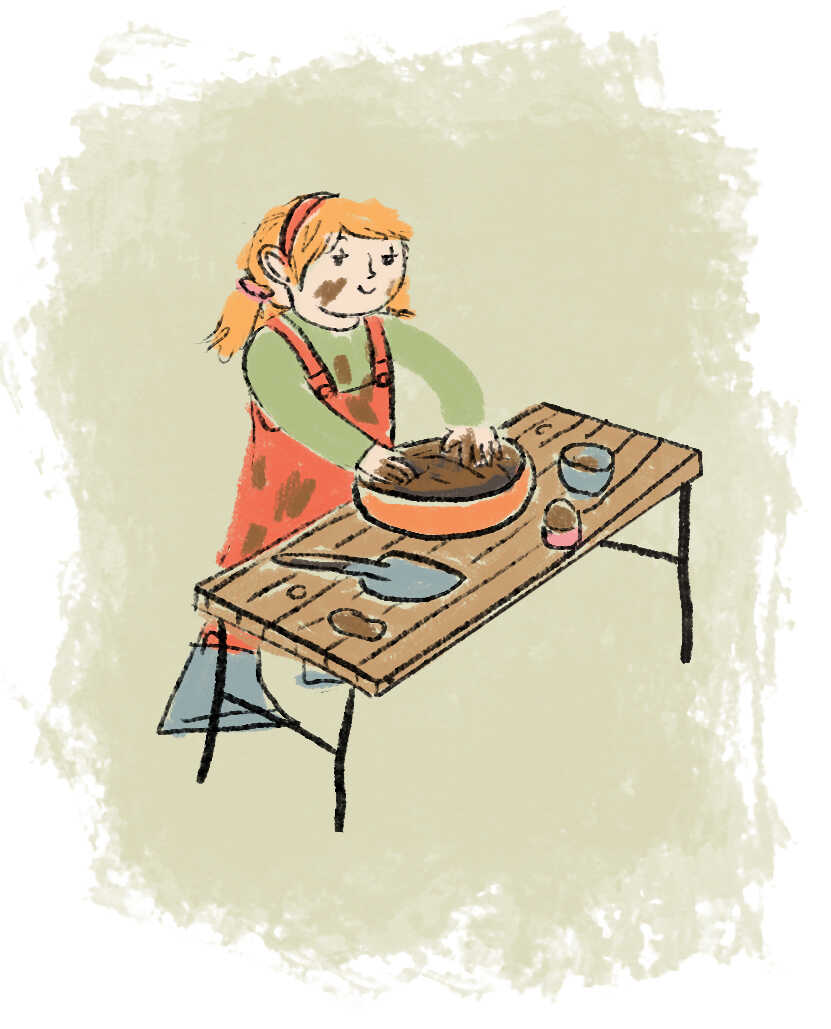 Farran praises the direction that New York City, for one, has taken instead: a “mixed-delivery” program with slots for 3- and 4-year-olds. Some kids attend free public preschool in existing nonprofit day care centers, some in Head Start programs and some in traditional schools.

But the biggest lesson Farran has drawn from her research is that we’ve simply asked too much of pre-K, based on early results from what were essentially showcase pilot programs. “We tend to want a magic bullet,” she says.

“Whoever thought that you could provide a 4-year-old from an impoverished family with 5 1/2 hours a day, nine months a year of preschool, and close the achievement gap, and send them to college at a higher rate?” she asks. “I mean, why? Why do we put so much pressure on our pre-K programs?”

We might actually get better results, she says, from simply letting little children play.