Curmudgucation: We’ve Been Having This Fight for Decades. It Won’t End Soon.

This next is from a report of parents speaking before a school board. Don’t peek at the link just yet.

Ultimately, she said she didn’t want to see schools teaching students any values, arguing that it should be the parents’ sole responsibility.

“It’s our job as partners to [teach our kids] values — it’s not your job,” she said. “Respect us, respect [us as] parents. In the end, this comes down to me doing my job, and you doing your job.”

This could be from a board meeting from any time in the last fifty years. Because this is a central conflict in public education, and it’s not one we’ll resolve any time soon. 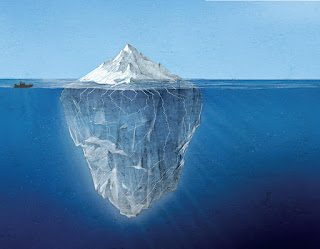 If you are of a Certain Age, you will remember Values Clarification. Personally, I encountered it at my church youth group (liberal-ish churches dug it), but it cropped up in some schools, sometimes in a watered-down form, across the country in the late sixties and seventies. The idea was for students to get a handle on what their own underlying values were, and to use the idea of values (what do people care about? what matters most to them?) as a lens for looking at society. It involved considering hypotheticals (If you were a mugwump, how would you design a government) and trying to see things from other value sets (How do you think someone who valued widgets would design a government).

Some folks were not fans. These were folks who had trouble understanding the hypotheticals (What do you mean, telling my kids that mugwumps should design government!) as well as allowing that some points of view could be considered legitimate. And believe me when I tell you that some people stayed pissed off about it for a long time, because what they heard was “truth is just a matter of opinion, which means right and wrong are just matters of opinion.”

Values Clarification handed off much of its shtick to Character Education. Then came Outcome Based Education, which also had a values and character component, and actually upped the ante by requiring these components to be measurable and graded. An army of conservatives (led mostly by Peg Luksik) trounced OBE soundly.

The conflict has never gone away. Teaching Tolerance, Social and Emotional Learning, diversity training, etc– all embrace the value of multiple viewpoints and tolerance for viewpoints different from your own. And that is not a value some folks share.

To be fair, virtually everyone draws a line somewhere. Everybody has a list of viewpoints and values that they don’t believe deserves consideration. But some folks draw more lines, harder lines, and much sooner lines than others. When the various anti-“crt” laws and resolutions list the things that Must Not Be Taught, they generally lump things like the 1619 project in with Holocaust Denial on the theory that these are things that should not be given equal time. Most people agree with the stated principle of exposing students to all sides, except for X–and it’s the definition of X that raises conflict.

We always seem to be fighting about the topic–feminism, racism, LGBTQ+, anti-racism. But the roots of the conflict are deeper than whatever issue is currently manifesting.

Underlying that conflict is also differing ideas about what “promoting” an idea or value might mean. I tell the story of a colleague years ago who taught a gifted class, and one of his ideas was to do a unit on comparing the major world religions. One conservative Christian student said she would not be participating; there was, she said, no point to studying those other religions because they are all wrong. Sift through the many complaints sent in to the various groups collecting “reports” of “indoctrination” and you keep finding people who consider it indoctrination to even bring up certain things. A lesbian teacher mentions that she has a wife at home. A teacher lists the reasons that some people disagree with Christian beliefs.

For some people, it’s “indoctrination” just to indicate by word or deed that certain things are in the world and that’s okay. In the flap over the firing of a Black principal in Texas, various accounts quote students who say he always presented all sides and left students to sort things out, while other students claim that he was “pushing an agenda.” I believe both sets of students are probably telling what they see as the truth, because for some people on one side of this issue, to simply present a point of view as existing and normal is “pushing it.”

We’ve got a fundamental disagreement about foundational truth and whether truth involves a broad a varied set of perspectives and ideas and facets or whether there is One Immutable Truth. And those divisions don’t always line up exactly the way you think they do–liberals are also capable of hewing to One Immutable Truth in some areas. But it’s that fundamental value of either truth or Truth that is the bigger part of the iceberg, the underlying issue that keeps us from working out the surface issues. Challenge someone’s One Immutable Truth or, worse, treat it like it’s just dumb to even believe in such a thing, and someone is going to fight back, hard.

Further complicating this debate is that we are talking about beliefs and feelings which are both hard to change and harder to measure. The trouble with all of these programs has always been that savvy students quickly read the intent of the program as “The teacher wants me to act as if I believe X.” Whether values clarification or SEL programming, a student who is an actual sociopath will be excellent at just sailing through the assessments. It’s really hard to assess what someone thinks; it’s even harder to assess what they feel.

And. (Yes, there are hundreds of “ands” and “buts” in this discussion). And the energy of these debates are further jacked up because they tap a deep parental fear– the fear that you could do your best to bring your child up to believe in what is true, and somehow they are seduced into rejecting it all. Listen to this mother responding to the North Carolina witch hunt survey:

My daughter was raised with sound Biblical values, but just three short years [in]) public school has turned her into a full-blown socialist…even to this day, I cannot have a rational discussion with her regarding anything significant.

The woman’s daughter graduated fifteen years ago. And we aren’t hearing the daughter’s “I grew up and my mother wouldn’t and now we can’t talk to each other at all.” This kind of hurt leaves scars.

The point of all of this is that the current battle over what values should be–well, not even taught, but simply acknowledged and recognized in schools has been raging for fifty-plus years. If anything, it has been intensified by the iPod world in which we can more easily avoid ever dealing with people who don’t share our values or beliefs. Now that has simply bled into education– I can listen to only the people I agree with, only hear the music I like, only watch the shows that sit well with me, so why shouldn’t I be able to send my child to a school where no adult in the building ever contradicts what I say at home?

The answer is of course around us–we’re getting a good look at what a country looks like when a big chunk of the population believes it should be able to just make those Other People who believe those Bad Things–well, we should be able to make them go away or at the very least strip them of any power. It’s not a good look, if for other reason than it makes the country not work very well, and it really, really keeps the country from responding effectively to crises like a massive global pandemic.

We’ve been working on this for a long time. Louis Raths was working on Values Clarification in the mid-fifties, and he was building his work on what John Dewey had to say about the importance of values in education. I don’t know a clear, inspiring easy way forward. This kind of conflict erodes humanity and kindness, and both are needed to deal, and yet neither can keep us from stopping people who are intent on just watching everything burn. But none of this is new, and what the history tells us is that we probably aren’t going to socially and emotionally learn our way out of it.