The strategy was explicit way back in March. Christopher Rufo, who’s been out in front of the charge, told us what they intended to do.

The goal is to have the public read something crazy in the newspaper and immediately think “critical race theory.” We have decodified the term and will recodify it to annex the entire range of cultural constructions that are unpopular with Americans.

And that is, in fact, what’s happening. The vast majority of people talking about and talking against critical race theory have no clear idea of what it is, and so it is being used as a bludgeon against everything unpopular or controversial. Florida Citizens Alliance, one of the many anti-CRT groups popping up around the country talks about “the many tentacles” of CRT; those tentacles include “‘equity’, ‘diversity’, BLM, 1619 project, social emotional learning, etc.” They consider it a CRT red flag if a textbook claims to use culturally sensitive teaching. Parents Defending Education, one of the leading astro-turf groups in the fight is against “indoctrination” and wants a return to “non-political” education, and they want you to know that Americans (at least the real ones) hate “woke” policies. Nevada Family Alliance is opposed to the “victim/oppressor worldview” pushed by schools that are indoctrinating students to “lead the effort to accomplish ‘social justice'”. All of these are far, far beyond the boundaries of actual Critical Race Theory. 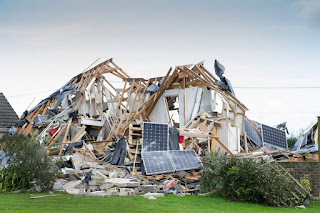 But for some folks, CRT is everything, everywhere.

It’s fitting that some of these folks have linked CRT to Common Core, because the playbook is much the same. Define the term broadly, apply it to anything you don’t like, dig up some wacky examples, raise some hell. (And don’t forget to throw in some accusations of Marxism.)

There are several emerging trends.

One is the call to stamp out CRT in textbooks both on the local and state level. And since CRT is everywhere, it is certainly in any textbook you’d like to object to.

Silencing the materials is, of course, the necessary companion to the moves to silence teachers, seen in the many various versions of gag laws being passed and considered around the country, from a $5,000 fine in Kentucky for bringing CRT into your classroom, somehow, some way, to the chilling effects in a state like Florida where teachers were stripped of any job protections years ago.

All of the above exacerbated by growing encouragement and mechanisms for anonymous reporting of any district, school, or teacher who is doing Naughty Things. Fun for teachers to know that at any moment, someone could be turning them in for doing something that someone thinks is CRT-ish.

It is being used to energize a new wave of right-wing attempts to parachute into local school board elections and commandeer those groups (not that they haven’t already done so in some places). This becomes part of a larger energizing of the base. “Joe Biden is a crazy socialist” didn’t quite stick, so we’re back to “They’re coming to get you, and they’re going to brainwash your children first!”

Underneath all of this, is a simple call to, as one Twitter wag put it, “nuke the whole thing.” CRT frenzy is proof positive for some folks that public schools are a threat to society and a boondoggle for the evil teachers unions and the whole thing should be done away with. For certain folks, the CRT panic is a win-win; they get to remake the public schools in their preferred image and/or they get to put more push behind choice programs to accelerate the profitable privatization of education.

They told us what they’re going to do, and they have already begun. There’s a conversation worth having, somewhere in the midst of all this, about teaching about race and history, but this is surely not going to help us have that conversation.