Curmudgucation: To Choice Advocates: Some Questions

I have concerns about school choice programs, and I usually express them as complaints, criticism, general snark. This time, I’d like to come at it a little differently. Let me frame these concerns as questions, because maybe there are answers that I’m just not aware of. As is obvious from a multitude of posts, I am skeptical; these questions show exactly what I’m skeptical of.

And before I start, I’ll agree that some of these concerns are not always well-addressed by public schools. So I’m not looking for answers in the old mode of “Yeah, but public schools do X!” I’m still wondering how a charter or voucher system would do a better job of managing the issues. If you want to take a shot an answering these, the comments are open. 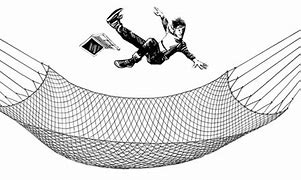 1) A choice system is built on the idea of making parents the primary stewards of their child’s education. Contrary to the usual criticism, I believe that the majority of parents are smart and capable and caring. But a non-zero number are not. I’ve told the stories: the student whose mother tried to run her over with a car; the student who was always tired because dad spent the utility money on beer; the student whose father threw him out of the house for trying to take some of dad’s drugs; the student who was thrown out for coming out as gay; etc.  In those sorts of cases, who or what is protecting the educational rights of these students?

2) Education savings accounts (ESA) are a kind of super-voucher that gives families a chunk of money to spend on a variety of educational services. In the event that a family mismanages the money and the money runs out before the student has received a “full” education, what safeguards are in place to insure that the student gets that full education?

3) Should some education service vendors or schools turn out to be incompetent or deliberately fraudulent (or go out of business before the year is over), who or what protects the rights of the student to an education? What mechanism is in place to allow the family to seek redress?

4) As recent history has vividly demonstrated, society has a collective need to have well-educated citizens. What guardrails should a choice system have in place so that we do not produce a bunch of high school graduates who believe that captive Blacks enjoyed being slaves, that vaccines cause autism, and that Donald Trump won the 2020 election? Are there any educational standards that should be enforced?

5) What protections are there for marginalized students? We’ve already seen voucher schools in Florida openly discriminating against LGBTQ students (and teachers), and the standard in voucher laws now seems to be a clause explicitly marking that the state will not interfere in any way with how the voucher recipients do business. But discrimination against students robs them of the very choice that the system is supposed to give them. What protections for those students should be in place?

6) Likewise, there are students who are just too expensive and/or troublesome to be attractive “customers.” Do they have any protections under a choice system? Do they get a choice? And what happens if an entire community is considered an undesirable market–what safeguards are there against education deserts?

These are serious questions, not gotcha openings–these are real concerns that a choice system would need to address.

“The market will handle it” is not an answer, though you’re welcome to try to explain how the market would do that. I’m unconvinced that the invisible hand can put together an education system that would even attempt to serve all students or the country as a whole. Every free-ish market has to deal with the tension between freedom for customers and freedom for vendors, and that is a tension that is never fully resolved.

I have other concerns about a choice system, but this is a good list to start with.