Curmudgucation: The Troubles With the Learning Loss Debate

Like many education debates, the Learning Loss conversation has developed so many, many ways for people to be wrong, most of which can be avoided if one starts with the assumption that the problems facing us are complicated, defy a simple solution, and look different depending on where you’re standing.

Some of what’s coming out of union leadership offices makes me cringe. “There is no such thing as learning loss,” say some union chiefs. “Oh, please stop,” I think. It’s not helpful to assert that it doesn’t really matter what teachers do in a year or how they do it or under what conditions they and students do school.

I get, sort of, where they’re coming from.

For one thing, there’s an urge to counterbalance the kind of apocalyptic chicken littling that comes out in pieces like the New York Times editorial characterizing learning setbacks as “grave” to “catastrophic.” 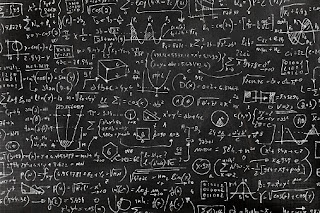 Also–and I think this matters a lot–while the policy discussions can handle these extreme declarations of alarm, classroom teachers know that the best way to carry students forward and onward and upward this fall is not to greet students with some version of, “You are all disastrously behind and ignorant and we’ve got to hammer you with academics or you will all end up as pathetic failures.” This is the tightrope that teachers always have to practice walking–you do not snow students by blowing happy talk smoke up their butts, but you don’t make them feel big and powerful by telling them they’re small failures. (Note: telling them this fall that it’s not their fault they’re currently small failures does not help.)

So when I read things like “Our kids didn’t lose anything,” I cringes, even though I also understand that our path forward (as always) is for classroom teachers to pump children up, not to beat them down. Meanwhile, while there is no question that most students in this country got shortchanged last year, it’s unlikely that a whole generation will now live in a van by the river eating cat food off hot plates because they can’t read the food labels in the grocery store. But I really wish union leaders would stop making mouth noises that sound like, “Hey, there’s no problems at all.”

I’m also unexcited about the emergence of NWEA and McKinsey as prominent voices in “diagnosing” what has happened. Personally, I distinguish between learning loss (or the gap or the behindness or whatever term you want to use to indicate that students get as much learning in the last two years as they ordinarily would have) and Learning Loss, the latter the equivalent of halitosis, an attempt to make a problem look huge and the solutions you have for sale look scientific. NWEA and McKinsey are businesses, not impartial scientific observers. McKinsey is a global business consulting firm aimed at helping clients spot opportunities to profit, which is just what they’ve been doing during the pandemic. NWEA is a testing company. I’ve used their product (the omnipresent MAP test) and though our school, like many, used it as a predictor of Big Standardized Test performance, it was lousy at it, and in general did not provide me with information I didn’t already have. Getting their input on the state of Learning Loss is like asking the Tobacco Institute to weigh in on the health benefits of smoking.

None of which is meant to say that we do not need–desperately–data about Where The Children Are Right Now. But we are in danger of being led astray by the long-time love affair with high stakes testing.

Here are the things we need to remember about the Big Standardized Test (and its various knock-offs, like MAP).

1) It only assesses reading and math.

3) Success depends a great deal on preparing students for taking that specific sort of test, a thing that many teachers didn’t have (or take) time to do last year, or the year before that.

4) When you give students a standardized test during a pandemic mess and tell them it has absolutely no stakes for them, but policymakers really need accurate data, students do not necessarily give it their all.

Even if the test were perfect, and even if the students gave it their best shot, we would still have gigantic, gaping, critical gaps in our knowledge of Where Students Are Right Now. For one, all of the tests were jiggered during the Common Core boom to assess “skills” rather than content. So they will tell us nothing about content gaps. For areas such as history and literature, that’s a big question. Were I still in a classroom this fall, I’d be thinking, “I know which works are on the curriculum for last year, but I’ll need to find out which ones they actually got to.” Different areas will experience different sorts of gaps; musicians will miss out on the kind of development that comes from playing in an ensemble, while art and CTE areas will be missing the hands-on practice that develops skills in a normal year. I know policy makers really, really want an instrument that will tell them where students are compared to where they would have been in a “normal” year. No such instrument exists. Sorry. It just doesn’t.

As the school year starts, classroom teachers are doing what they always do– figuring out where their new batch of students are right now. Some of what they’re discovering is not pretty (2nd graders who can’t yet write their last names, high school seniors who have read half the usual stack of literature, the list goes on). On the other hand, the pandemic did not make students dumber, and most of the factors that could help them move forward are still in place (even if, in some cases, they’re covered with layers of trauma and struggle from pandemic hardship).

But as has been the case since COVID first starting kicking sand in our faces, the challenges are specific and local. We can try to collect data, pass it up through levels of bureaucracy, let them try to craft one-size-fits-all solutions for distributing relief funds, or we can push that money down to the levels of decision-making closest to the situation and say “Use this as you think is best.” I favor the second choice, but even that is complicated because we know that some local decision-making goes really poorly. So oversight is required, even as local decision-making is preferred.

The irony of the various new issues raised by the pandemic is that they are all versions of issues we’ve been debating for decades, just magnified by a medical–and cultural–mess. But magnifying them also makes clearer that it’s all complicated and the complications look different depending on where you’re standing and anyone who’s plugging a simple, clear answer is both A) full of it and B) selling something.

Educating our way out of the pandemic gap (and the pre-existing gaps exacerbated by the pandemic) is going to require hard, steady, thoughtful, day-by-day work. But that has always been true of education. Folks have been touting the pandemic as a reset, a sea change in how the system works, and I’ve said all along that I think they’re dreaming–the human (and American) impulse is to get back to the normal and familiar as quickly as possible (or even more quickly). But if I could have my wish, I’d wish that the pandemic ended the Age of Easy Answer.