Teacher gag laws spreading across the country are generally billed as anti-CRT, but of course their reach is much broader than that, forbidding discussion of “controversy” and outlawing any teaching that might make students “uncomfortable” or be “divisive.”

The debate–well, actually not a lot of real debate because GOP legislators are using their majorities to just ram these bills through–even highlights apparent splits in the reformy astroturf community. This week the National Parents Union was in Tulsa to march in commemoration of the Tulsa Race Massacre (a topic that now probably can’t be taught in Oklahoma) while the Parents Defending Education continue to work hard to ferret out anyone teaching controversial race issues (by which they appear to mean any race related issues at all). It’s an odd apparent split between people who have worked in the edu-astro-turf world for a while. 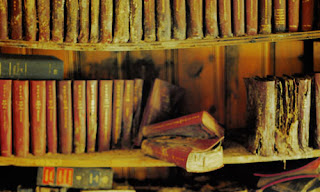 But these groups, and the larger push for these restrictive teacher laws, actually feed one basic tenet of the privatizing push–the idea that education is a consumer good, and the real consumers are parents. Further, as the primary consumer, the argument goes, parents should get to decide how the school works, what the teachers teach, the whole operation.

There are a couple of problems with this idea of parent-centered education.

One is that the promise is a lie. To parents who dream of being able to choose a school that delivers the exact product they want for their child, I invite you to look around and show me any consumer good that works that way. The next time you walk into Walmart, find a manager and tell him exactly the product and features you want to see on his shelves and insist that he get it for you right away. Go to McDonalds, and if you can still find a human working there, explain to them exactly how you want your burger and your fries prepared, and see how that works. “You will be able to have it your way,” is a lie told to open the market. Once the market is open, all bets are off.

The other is more fundamental. When folks demand that students not be taught any of that controversial stuff, what they’re saying is “I don’t want my child’s education to go any further than my own. My child should only learn the things I know.”

New knowledge, new understandings–that stuff is always controversial, all the way back to Galileo. It would be great if adults regularly said, “Oh, that’s cool. I’ll just toss out my old understanding of this and modify it with this new stuff,” more regularly, but they don’t.

These gag laws are the cry of “I don’t want my kid to believe things I don’t believe and know things that I don’t know.” There may be hundreds and hundreds of learning and exploration and growth and building that led up to me, right now–but I want all this growing and building to stop with me. Or, in the case many of these folks, I want it to have stopped with my grandparents, so we’re going to need to roll some things back. Things like the 1776 project are anti-growth, a complaint of “Why can’t everyone just understand history the way my grandad learned it in 1952.”

Simply absorbing the received fossilized wisdom of previous generations is not education. It certainly isn’t the key to the critical thinking skills that everyone claims to value. There has always been a tension in US education between “You are going to get all the education that I never had” and “Your grandpa and I never needed any of that book learnin’ so I don’t see why you need it,” but right now, the latter is ascendant. For education and learning and collective wisdom and depth to grow, children will have to learn things their parents didn’t know. That may seem like a statement of the obvious, but clearly to some folks right now it’s not obvious at all.