Curmudgucation: The (Not a) Mystery of Class Size

The most fundamental issue of education in this country, the issue that underlies virtually all other issues, is that we want to have it and we want it to be good, but we do not want to pay for it. We want a Lexus, but we want it at Yugo prices (and we’re pretty sure that Those People could just make do with a bicycle).

No issue captures this better than the issue of class size. 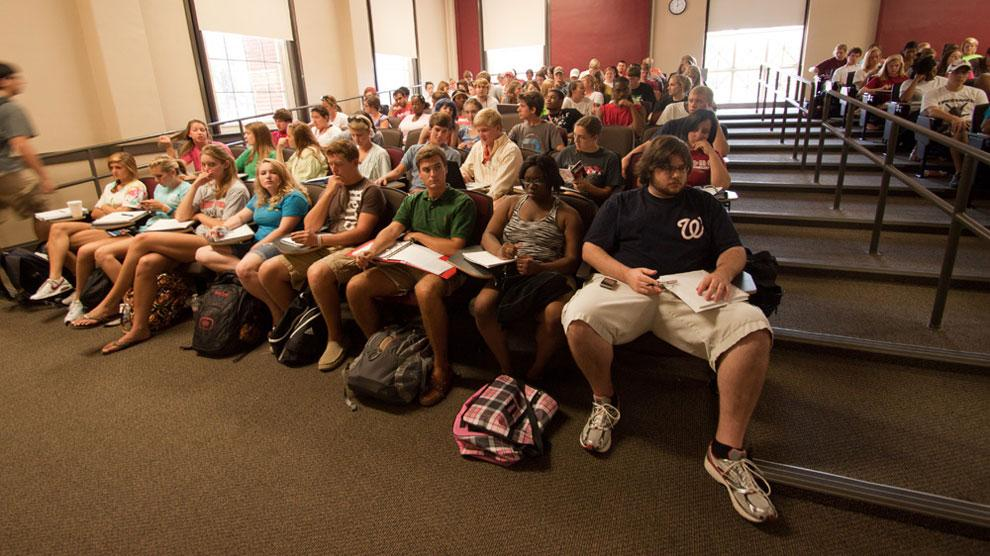 There is plenty of research to underscore the benefits of smaller class sizes, but seriously– who needs it? It’s bad form to pretend that anecdotal evidence is not true data, except in this case we’re talking about anecdotes from several million teaching professionals, several million children children, and several million parents.

Ask parents. Would you rather have your child in a class of fifteen or thirty-five? Then find me even a dozen parents who pick the larger class. Heck, even people in the “Gosh, there’s no hard evidence that smaller is better” crowd admit that they still prefer smaller for their own children. Meanwhile, every teacher will tell the same story that I will tell you about my years in the classroom–with fewer students, I could give each student more personal attention. Not only that, but as an English teacher, fewer students meant that I could do more writing assignments as well as provide richer feedback because I was only grading 150 essays over the weekend instead of 300.

I mean, we could play this game all day. Ask any teacher if they are more effective with large or small classes. Ask students how they feel about being one face in a large crowd in class. Ask any high school teacher what the difference is between grading 100, 200, or 300 tests. Ask any parent if they hope that their child will get a really big class next fall. Ask a teacher what size class would more likely entice them to work at a particular district.

And yet, in the wake of a New York legislative requirement to reduce class sizes, here comes stuff like this fat slice of baloney in the New York Times that tries to pretend that class size is a unsolved mystery of the ages:

The bill reignited a half-century-old debate that has pitted teachers and parents who believe smaller class sizes are better for children against city officials, who point to evidence suggesting there are better and more cost-effective ways to improve education.

As Matt Barnum correctly points out, the allegedly more cost-effective policies are not actually identified. The article is entitled “Class Sizes Set to Shrink in New York City Schools, but at What Cost?” as if there is some tragic, fraught price for these smaller class sizes. What cost!! What cost, indeed!

It should be noted that the “smaller” class sizes in the bill are caps of 20 for K-3, 23 for 4-8, and 25 for high school. That’s down from current caps of 25, 32, and 34 respectively–which are insane class sizes. (There’s also a limit of 40 for “performing groups” which strikes me as a different sort of problem for schools with big band and choir programs). So we are not talking about a huge reduction in class size here.

But it’s all just too too expensive. That’s the message over and over again in the article. The schools will have to hire crappy teachers to fill up the gaps. NYC chancellor David Banks warns that this “unfunded mandate” will require program cuts. “And there’s no good reason to think it will work,” say many policy leaders, who also say, “I personally insist on finding a school with really big classes for my child.” Ha! Just kidding. I’m betting not a single one of them ever said any such thing.

It’s a longstanding reformster dream. Every so often someone re-proposes the Super Sardinemaster model of teaching, in which a couple hundred students are crammed into a room with a Really Awesome teacher. The logic is that if a teacher is great with 20 students, she’ll be equally great with 150. By similar reasoning, we can assume that if Pat is a good spouse for one person, Pat would also be a great spouse for 50 people at the same time.

Maybe the Super Sardinemaster will be “augmented” with technology. But the important part is that you don’t have to hire so many teachers, and you can pay the few you hire more money, so everyone’s a winner, right? As always, nobody who proposes this also says, “And I’m putting my kid in a program like this the instant it exists.”

It’s the same old guiding principle– “I don’t want to spend a lot of money educating Those Peoples’ Children.” And I’m convinced that some folks are doubly reluctant to spend more money on personnel costs, that they’d much rather spend money on programs or buildings than on people.

Research shmesearch–most of it is really asking if class size affects scores on the Big Standardized Test, and who cares? We know what’s best. We know what works. We know that smaller classes are better. It’s what we want for our own children, what we want for ourselves. We want maximum human connection in a classroom (see also: a few million people less-than-pleased with distance learning), and that means a group size that facilitates greater humanity, not a class size that obstructs it.

We know what’s best. We know what we want for our own children. We just don’t want to pay the cost of providing it for Those People’s Children. It is the underlying problem of education in this country, and some of New York’s policy leaders are determined to come down on the wrong side of it.