Tax credit scholarships and education savings accounts often travel together and end up as two sides of the same policy. It’s easy to get them kind of confused (here at the Institute we might have suffered from that confusion ourselves on occasion). But here’s a quick, simple explainer to help you figure out what particular policy is being pushed in your state.

ESAs are school vouchers on steroids; call them super-vouchers or neo-vouchers. Where a school voucher is basically a ticket good for admission (or partial admission) to the school of your choice (if they’ll accept you), an ESA can be spent on a wide variety of educational services. 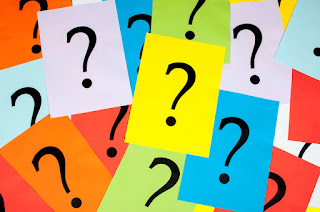 Each state with ESAs has a list of Things You Can Spend The Money On, usually including tuition, hardware and software, books, tests, even transportation. Rather than a ticket to a school, an ESA is a debit card loaded with money that can be spent on educational services. The ESA is typically managed by some third party company responsible for accepting parent applications and dispersing the money.

That third-party company is an important feature, because it means the government is not directly handing parents money to spend on things like, say, private religious schooling. It’s a piece of financial juggling familiar to every underage teen who gave an older sibling money to buy them some beer.

The money that funds the ESA most typically comes from the state, which hands over the money that they would have given to the student’s home public school.

But an ESA can also be funded through other sources.

If ESAs are about giving parents choices, TCSs are about giving wealthy taxpayers a chance to duck taxes and fund their favorite private school. TCS typically have a cap, because every dollar given into this program is a tax dollar (or part of a tax dollar, depending on how much credit is given) that the state doesn’t get to collect. Corporations or wealthy fund the program instead of paying taxes, so the state will put a limit on just how much tax liability they will allow contributors to duck.

The tax credit money is given to a third party company, which once again gives the state deniability–they didn’t funnel the tax dollars to private religious schools because they never actually had the tax dollars in their own government hands.

You can see where ESAs and TCSs could meet–right there in the middle. Set up your TSC program to fund your ESA program, and the whole thing can take wings.

But that’s not what often happens. For ESAs, states seem to prefer just one or two large groups managing all the program money. But with TSCs, you may see a plethora of scholarship groups (Pennsylvania has over 200), many of which are attached to one particular school, or one particular “brand” (say, Catholic schools). With a TSC, contributors can often be pretty specific in offering “scholarships” to specific schools or types of schools.

Both types of program take from the state’s use of taxpayer money to support public education. An ESA typically redirects tax dollars intended for public schools into private hands. Fans of TCS like to argue that it doesn’t take any state money, but it blows a hole in state revenue by letting corporations or wealthy individuals pay into the program instead of the state treasury. If the TSC program has a $50 million cap, that represents $50 million in tax dollars that the state will not get, and that has to be made up somehow, either through tax increases or service cuts.

Accountability remains an issue for both programs. Some ESA programs don’t even require annual audits. Arizona notably found that $700,000 in ESA money had been spent on beauty supplies and clothing. Some have mechanisms for investigating fraud–but only if somebody reports it. Meanwhile, TSC programs like Pennsylvania’s EITC program may have no accountability or oversight at all. Where did the money go? What was it spent on? Were the education flavored businesses required to follow any particular rules? You may never know the answers to any of these questions (okay, the answer to the third one is probably “no”).

That’s the basic basics. Both programs can come under a variety of different names, often trying to work in “freedom” and “scholarship,” because “voucher” and “tax dodge” are not very popular with the general public.