Defending the Early Years is an organization whose stated mission “is to work for a just, equitable, and quality early childhood education for every young child, by informing educators, administrators, and parents about how children develop and learn best and advocating for the active, playful, experiential approaches to learning informed by child development theory and evidence-based research.” 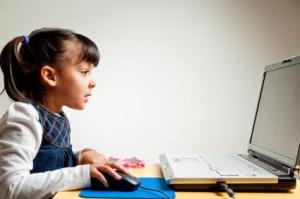 DEY has done some valuable advocacy work around the issues of too-early academic instruction and the introduction of on-line pre-school (yes, that’s really a thing). This summer they conducted a survey looking at the effects of pandemic education, and they’ve just released the results.

Links to the survey were sent out through the organization’s social media accounts, so there is some self-selected tilt to the respondents, but since that tilt is likely to be toward people who care about early childhood education (and who have an internet connection), these results are still worth looking at.

The respondents are pretty evenly split between parents and teachers of children between 0 and 8 years. with a smaller group who are both.

A third of both parents and teachers were not working, with more than a third working full time from home. About two thirds of the parents reported their children were doing some sort of remote or online schooling. That broke down into 24% daily lessons less than an hour, 23% 1-2 hours, and 19% more than 2 hours. 31% had daily assignments to submit, while 38% submitted weekly.

The survey also asked respondents to rate particular areas of concern. More than half of parents were somewhat to very concerned about all issues, but financial, returning to work, and children falling behind only drew under 60% of responses. The greatest number of parents rated an increase in child or parent stress as a concern, with more than 60% very concerned. Safely reopening schools and children missing social interaction with peers followed closely 87% and 90%. Academic concerns fell in the middle of the pack.

The areas of concern for the greatest number of teachers were safely reopening schools, establishing relationships with students, and an overall increase in stress for both children and teachers.

The survey also allowed for open-ended responses. Some tidbits from that portion include the not-surprising result that younger children “rarely stayed engaged with Zoom meetings” and that parents reported much of the online learning was not age appropriate. While many students found the entire process boring, some families did report that the experience increased communication and engagement within the family itself.

Technology itself was a challenge, a concerning result since the nature of the survey meant that respondents had, at least, a decent dependable internet connection. In areas less well-covered, the tech problems could only be worse.

The survey is from the beginning of last summer, which in pandemic terms seems to be about a thousand years ago, and we can reasonably expect that some districts are better-prepared and more well-organized this fall than they were last spring. But the results of the survey still provide one more set of data points about how teachers and parents working with the very youngest children are experiencing pandemic emergency schooling. The full report is worth a look.