Curmudgucation: Schooling for Democracy (Or What is Education For)

I just read a piece that doesn’t necessarily say anything new, but puts it all in a useful frame. Let me show you the first paragraph:

This is from the Phi Delta Kappan, a publication I don’t always trust (hell, they give a platform to William Bennett), written by Jon Valant, a fellow at the Brooking Institution, a place that often demonstrates why economists should stay the heck away from education policy. “Good schools for a troubled democracy” has the hallmark of Brookings writings, a sort of odd atonality tied to the sensation that perhaps within Brookings they never actually read any of the mountains of prose about education policy. 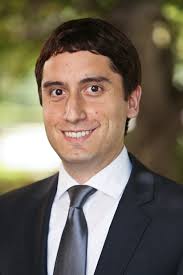 Valant’s thesis is that “the school system we have today in the United States–and our conception of a good school–is mismatched to the needs of our time.” This will make more sense if you don’t think of yourself as included in “we” and “our.” His basic framing of modern education history is what makes this piece worthwhile.

Valant focuses on the 1983 report, A Nation at Risk, the infamous Reagan era hit job on public education. While Valant notes that the report did mention the needs for education to create better citizens, “the rhetoric of economic ruin and international competition drowned out the message.”

According to the logic of the times, the nation’s most pressing need — and, consequently, the most urgent task for our public schools — was to strengthen the workforce.

Valant isn’t going to get into a discussion of whether the report’s analysis was correct or not. He just wants to point to how this formulation affected our ideas about which schools were good or not. Standards and test-based accountability would be the policy solutions that “had an elegance to their logic and at least the appearance of rigor.” The system was “fueled by numbers,” and before long, “those numbers begat more numbers.” Valant muses on how the school rating systems “rely heavily on students’ test scores” and his musings are those of a man who is unaware that there’s a cottage industry of folks who have already examined, dissected, and written about said system. Well, that’s not entirely fair–he cites Daniel Koretz at one point and refers to another issue as “well known.” But there’s a certain freshness to his approach, and it still gets us to the conclusion we already know–

A good system of measurement and evaluation can be a powerful tool for school improvement. However, we built a bad one, which is worse than having no system at all.

And he wants to make a point that brings us back to the question of good schools:

Our test-based accountability system limits what we, as a nation, believe schools can and should do. The machinery of standardized testing is so impressive, having such a powerful aura of objective truth, that it can trick us into believing that schools are only capable of teaching that which we can readily measure. Let’s call it the wrongheaded idea that “what isn’t measurable isn’t doable.” Testing whether students know how to multiply fractions is easy. Testing whether students are assembling the knowledge, skills, and dispositions that will allow them to listen and respond carefully to each other’s ideas, or to identify and reject propaganda 15 years after they graduate, is hard. That can give the impression that the former is teachable and the latter is not. But that’s not the case. We just aren’t as good at measuring some types of learning as others — and that’s OK. If we fail to appreciate this point, we risk thinking too narrowly about schools’ capabilities.

Well, yes. He’s skipping some other critical issues here, like, for instance, the possibility that some folks intend to deliberately narrow our ideas about school’s capabilities, the better to monetize and McDonald-ize the whole business.

He has a particular destination in mind. The Nation At Risk/NCLB framing of school has reduced the idea of Good Schools to narrow vocational prep, a producer of firewood to fuel the engines of the economy. We’ve dumped all the things that are hard to measure, and that’s bad news because that very stuff is what we should be teaching now.

Now, I’m going to pause for a moment, because Valant has just kind of glossed over a major issue here, by accepting as a given that the narrow, test-centered, meat widget-producing education that reformnsters have been trying to implement for the past 37 years was, at that particular time, a legitimate definition of Good Schools. Whereas a few million folks, many of them actual education professionals, have been arguing vociferously that this was never, ever a good model.

His description of the shift, while in some ways accurate, has some gappage:

As David Labaree (1997, 2018) has described, Americans have, over the long term, changed how they’ve thought about education. The country built its public school system to mold virtuous citizens, but our focus has shifted toward preparing students to be capable workers. Now, he argues, we tend to see education as a private good (benefiting the individual student) more than a public good (benefiting the community at large). We think of schools as existing mainly to provide credentials, which young people rely upon as they attempt to outcompete each other for a limited number of desirable college and career opportunities.

This isn’t wrong, but it describes the shift as something that just kind of happened, rather than a shift that has been aggressively pushed by billionaires and politicians, privatizers and profiteers. Some folks do think of schools in this new, narrow way–but let’s not pretend it occurred through some natural societal shift. This view has been sold, and sold hard, and it should be noted, sold hard by wealthy, powerful people who would never for one second accept that narrow definition for their own children.

Valant notes that parents say they expect good schools to develop things like strong moral character. But, he goes on to note, they evaluate schools based on student test scores. He believes that we’ve accepted the notion that good schools are distinguished by their ability to provide academic preparation for college and career (and here he skips over the question of whether test scores even measure that meagre goal– spoiler alert: they do not).

His point, however, is that beyond all of this, these narrow skills are not what we need. We are enmeshed in the problems of democracy, propaganda, conspiracy baloney and 70 million people who can live through four years of a Trump presidency and not notice anything terribly wrong. Valant writes a hell of a paragraph here:

The most severe threats we face as a country, now and in the foreseeable future, aren’t about workforce training. They aren’t threats that can be neutralized with better literacy and numeracy, or even by helping more students make a successful transition to college (though those things may help). The problem isn’t that we’re unprepared for our 21st-century economy; it’s that we’re unprepared for our 21st-century democracy.

Valant wants you to know that this is not your father’s political landscape or your mother’s society. There’s a whole batch of 21st Century skills that we need, and he lists some examples, but he’s not here to lay out the full picture of exactly what a modern Good School would look like. Mostly he just wants to make the argument that Good Schools should “serve democratic and social goals, not just economic goals.”

Valant says little that hasn’t been said before, and often, but he says it well. This is one of those articles that is good for sharing with your friend who doesn’t really pay much attention to that education stuff but gets the sense that some people are upset about something. It cuts a great many corners and has some massive gaps, but what’s there is true. We had schools that tried to teach the whole child and create better citizens. Some folks decided to redefine schools as “college and career” vocational prep test-centered operations. We need to change the idea of Good Schools back again. It’s worth your time to read the whole thing.