Did Common Core fail so badly that its failure is visible from another continent? Did it have negative effects on education as a whole? Can fancy research prove what teachers knew a decade ago? Will economists ever get tired of pretending to be education experts? And can researchers get all of this right and still draw the wrong conclusion? 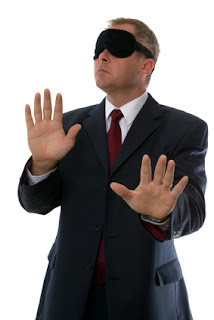 Let’s look at a new working paper from the Leibniz Institute for Economic Research, written by Benjamin W. Arnold at the Liebniz Institute for Economic Research at the University of Munich, and M. Danish Shakeel at the Program on Education Policy and Governance at Harvard University.  It’s entitled “The Unintended Effects of the Common Core State Standards on Non-Targeted Subjects,” and as soon as teachers read that title they can already answer that question, but lets see what these scholars come up with.

The early indicators are a little concerning–among the folks thanked for discussions that “greatly benefited” the paper are Eric Hanushek and Paul Peterson, and there is a great deal of baloney in here, like a repetition of the now-much-aged cheese that test scores are “an important predictor of economic outcomes at the individual and societal level.” Really? Does Estonia, long eating the world’s lunch on the PISA test, the leading economy on the globe? The authors will also throw in with the notion that the differences in test scores by race (the “achievement gap”) “have been shown to account for relevant shares of the racial/ethnic gap in adulthood social and economic outcomes.”

Given all this, you will be unsurprised to discover that the authors leaned heavily on data from Achieve Inc, a group that intended to cash in big on the Common Core revolution. They code states based on whether they adopted the core “permanently” without noting the distinction of states that dis-avowed the Core and replaced it with the exact same standards copied over on a different template. And central to the data set are results from the NAEP, the maybe-not-really gold standard of US testing.

The paper does offer some droll statements like noting “anecdotal evidence that the CCSS presented challenges in teaching and testing to schools” and that “CCSS-based standardized tests were not always suitable.” And there is some impressive stats-and-economist gobbledeegook formulae.

Why? Well, you already know. But using NAEP teacher self-reported info, the researchers gleaned that “the adoption of the CCSS has shifted the instructional focus away from the non-targeted subjects.”

This is not news to anyone who has, for instance, been told by administration that the budget only has funds for things that will be On The Test. It will not be news to anyone who watched schools cut electives and the arts and even recess to make room for more test prep. The Common Core-based test and punish movement turned schools upside down; instead of being there to serve the students need for an education, the CCSS policies sent the message that students are there to serve the school’s need for scores on the Big Standardized Test. And of course that hit disadvantaged students the hardest, as school used batteries of practice tests to identify students who needed to dragged across the cut score line by stripping everything from their education but reading and math test prep.

Millions of teachers have stories. In my own district, the middle school principal pulled students from history and science so they could have double-periods of math and reading every day, which not only gutted their education, but installed a deep hatred for math and reading (and testing).

Set up a system that judges schools and teachers based on scores from narrow tests focused (poorly) on two subjects, and you send a clear message to schools–your primary job is to get students ready to take a test on these two subjects. The results of that message are predictable, which is why so many of us predicted them and why research keeps revealing those exact results.

And yet, just in case you think reform-minded folks have learned a lesson from all this, I present the opening sentence from the writers’ concluding paragraph:

Yeah, that’s it. The problem with Common Core was that there wasn’t enough of it! Of course, the authors want to add science and history, but what about arts and phys ed and health and a few other subjects?

It’s almost interesting to contemplate an alternate universe where Coleman and Zimba somehow decided that other subjects mattered and also had some buddies who wanted to whip up some standards for those subjects, and then we’d have to get Big Standardized Tests for all those subjects and new “aligned” materials and a magic formula to combine and balance all the scores and–well, it would have been a might cluster-farfignugen that would have collapsed under its own weight, which in many ways would have been better than what we ended up with.