Ohio is once again making an effort to surpass Florida in its hostility to public education. This time, it’s the Backpack Scholarship Program, yet another voucher bill intended to have tax dollars “follow the child” and not fund the public education system.

This bill (HB 290) is the education savings account super-voucher approach, providing $5,500 for elementary and $7,500 for secondary students, with the family having the option to spend the money on a wide variety of education-flavored goods and services (those amounts are set to grow at the same rate as the statewide average goes up–see here to see why that’s a tasty dodge for privatizers). It applies to  any and all students, including those already enrolled in non-public schools, so that right off the bat public schools will lose money without any commensurate drop in student population. And I repeat–there is not even the pretense of “this is just a small program to help rescue The Children from being trapped in failing zip school codes.” This is “free government money for everyone!” 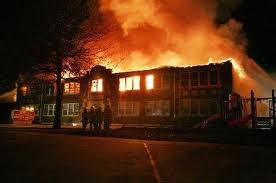 The proposal calls for the treasurer of the state to run the program. There are no accountability or oversight rules in the law–just a requirement that the treasurer come up with something, later.

The list of eligible areas on which the voucher can be spent looks like the assortment that come up in these bills in other states– tuition, tutoring, testing, industry credentialing course, educational services, textbooks, curriculum, fees for summer school. And as always, the law contains an explicit “just cause you’re taking government money, that doesn’t mean the government can tell you how to run your school” clause.

There are some convoluted money items, allowing for various rollovers of voucher funds, like passing unused voucher money from Child A on to Child B.

But the real poison pill can be found in line 258– (Sec. 3310.25 C), which says that if a family is at or below 200% of the federal poverty line, the children cannot be charged a tuition higher than the voucher amount. Meaning that your Lexus-level Private Schools will still have plenty of motivation to keep Those Peoples’ Children out of their school.

Backers of the bill are barely managing to muster the usual talking points. “Will it put more pressure on public schools? Probably,” said Rep. Riordan McClain (R-Upper Sandusky). “Will it make [public schools] more accountable to parents then they are today? Probably.” That’s pretty lukewarm, but hey– conservatives who want to get rid of public education get what they want, and private religious schools get the access to public tax dollars that they want, and off in to the side, the usual crews are raising a ruckus about masks and CRT and everything else they can use as a means of discrediting public schools.

Call it a voucher or a backpack or an ESA–it allows the state to say, “Hey, we gave you some money to go get an education, so we’re done. It’s all your problem now” as another shared common good is gutted. Not good for Ohio or any other state.