Work-from-home has triggered an explosion in Surveil-from-the-office features and products. There has certainly been a boom in programs specifically for surveillance of employees who are at home. These are creepy, with a reported 81% of the top programs logging keystrokes— so that the boss can see exactly what you’ve been typing. 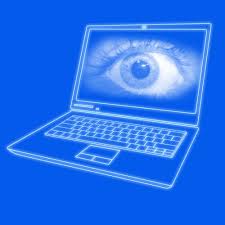 But there’s something even more insidious about regular old productivity software being tweaked so that it can do the surveilling as well.

As you might expect, Microsoft has been all over this trend, with fun things like a “productivity score” built into Microsoft 365. And they have friends, like Shield, a product that promises, proudly and without any hint of irony or shame,

We are proud to announce the launch of our integration with Microsoft Teams. The Shield platform is one of the first compliance platforms to provide full surveillance as well as record and search of Microsoft Teams interactions, providing the ability to extract, review and analyze specific conversations to assist with any investigation process.

A Reddit thread from six months ago asked “Could my boss be using teams for surveillance?” and the answer is, “of course.” This month a ZDNet article looked at some of the “features” available now for Teams.

From what I could see, Teams hoovers up all your chats, voicemails, shared meetings, files, transcriptions, your profile details including your email address and phone number…

Reports include detailed data by “user” (aka “the human being using the software”) including how many of what kind of messages they respond to or send, meetings joined, time spent on various activities (including audio, video and screen sharing). All smoothly integrated into the software that employees have to use anyway. Chris Matyszczyk at ZDNet imagined how this might work:

I imagined an individual — or even a whole team — being summoned by their boss and told: “You didn’t respond to 47 Teams messages last month.”

What do you say to that? “Well, I suspect those 47 messages were sent by brown-nosing halfwits who send as many Teams messages as possible, so their innate industry shows up on your Teams analytics reports.”

There are so many issues here, from the complete erasure of employee privacy to the open invitation for Campbell’s Law to kick in so that employees spend all their time gaming their report numbers and ignoring their actual work. But some folks are certain that the cure for all ills is to collect more and more and more and more data.

And do not underestimate the power of reports. It’s one thing is management has the ability to dig down and find all this data. It’s another thing if the software deposits a nice clean report on his desktop each morning. And yet another thing if the report also handles interpretation, and instead of reporting “Pat O’Lackey made 32 reports this week” instead reports that pat is rated “unproductive slacker” for the last week.

Two other scary things here. One is that this will probably never go away. For management by screen types, this will be a godsend–why actually walk down the hall when you can just pull up reports at your desk.

The other has already occurred to those of you who teach in the 21st century–while this is now mostly a product discussion in the working world, it’s only a matter of time (measured, perhaps, in minutes) before somebody decides to expand the revenue stream by pushing this stuff in schools– or, I should say, more of this stuff, since many schools already use plenty of student surveillance software. Always introduced for benign reasons, like the GoGuardian software that monitors all student online activity to make sure they’re not contemplating suicide.

Is it bad at your school? The technology already exists to make it even worse. And since education is where industry turns to once the business revenue streams start to reach saturation or just plain dry up, you know this is coming.