Social and Emotional Learning is the new target of the GOP attempt to set multiple education brushfires in hopes of stampeding voters towards a Republican victory (as well as one more way for the authoritarian crowd to hammer home their central point of “Trust nobody except Beloved Leader”). The attacks range from overblown to intellectually dishonest to giant piles of bovine fecal matter to the odious, evil charges that the teaching profession is simply a haven for groomers. 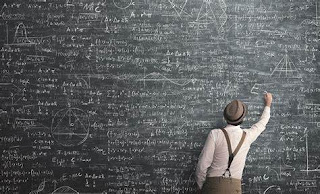 And there is irony in these attacks from the right, because SEL is just the latest packaging of what we used to call “soft skills,” and some of the greatest push for getting these into schools has come from the business community (“Hey schools! Fix my meat widgets so they communicate and cooperate better!!”)

All that said, I’m not going to be the one to defend SEL in the classroom.

Perhaps I should say “formal SEL instruction.” SEL has always been in the classroom and always will be, because it’s impossible for an adult teacher to lead a roomful of young humans through learning and education and all the bumps and interactions that come by putting so many human beings in one room–well, you can’t navigate any of that without including SEL. “Don’t interrupt” and “keep your hands to yourself” and every group project ever are part SEL. Everything a teacher imparts, directly or indirectly, about how to work with, talk to, and get along with other humans is SEL. 95% of all the “this teacher changed my life” stories are about SEL and not actual subject content. So it is impossible to remove SEL from a classroom.

But formal SEL is another thing.

As soon as we try to formalize SEL instruction, we run into all sorts of problems. Are we doing it to help people get a better job and better grades or to be a better human being? And if it’s the latter, as it should be, who the heck is going to define what a better human being looks like? And is there just one definition? And if not (as is true), then exactly what sort of assessment are we going to use to measure the “effectiveness” of the program or the social and emotional learnedness of the students? And can you promise me that you aren’t going to record all that data to build some sort of digital social and emotional swellness file on each student? Also, will the program require every teacher to have a trained counselor level of expertise? Every single one of these questions ought to stop the march toward formalized SEL instruction dead in its tracks. But it hasn’t-not any of the times SEL, under various monikers has come trundling down the tracks.

We’ve been through this over and over and over again. If you were teaching in the 90s. you probably remember Outcome Based Education, which joined a desire to reduce all education outcomes to observable behaviors (you can thank OBE for “the student will be able to…”) along with an intent to include “non-cognitive objectives” in the program.

That agitated all manner of social conservatives, from Pat Robertson and Rush Limbaugh to the original Mom for Liberty, Phyllis Schafly rose up against objectives focused on things like self-esteem and “environmentally sound decisions.” They saw overreach and an attempt to instill certain values in students, and they weren’t having it. The backlash stomped OBE dead as any kind of widespread, adopted education policy.

Our current educational focus on standardized measurement and data generation makes this the worst possible era in which to attempt formal SEL instruction; there is no such things as a standardized version of a good human. Broad strokes (Treat others with respect, don’t be an asshat) are great, but their application looks different on different human beings, and any attempt to measure these human social and emotional qualities with a standardized test is just silly (and probably will result in an assessment easily gamed by everyone who can see what answer they’re “supposed” to give).

At the same time, programs that aim to teach cooperation, tolerance and general getting along are always going to rub some people the wrong way. CASEL, the super-duper clearing house of all things SEL, has plenty of student goals like “fewer conduct problems” and “positive social behavior” which seem superficially unobjectionable, but when taken together seem kind of heavy on compliance. Tolerance seems great, but aren’t there some things that shouldn’t be tolerated? An awful lot of people would say yes, whether their Intolerable Thing is LGBTQ Stuff or Nazis.

Formal SEL instruction can’t help itself–it wants to codify and clean up the general messiness of human interactions, and some people will always squawk when it’s their particular mess that gets ruled out of bounds. And right now, nobody has their squawkbox more warmed up than the CRT panic anti-LGBTQ crowd.

How do you take SEL “content” and separate it from everything else, when your character is first and foremost the “How” of conducting all the other business in your life? How can you possibly split your life up so that “be ethical” is over here and “conduct daily business” is over there? Trying to develop character separate from conducting all the business is like trying to develop a Southern accent separate from speaking. It’s like trying to practice swimming far from any water.

You don’t get rid of bullying by running bullying programs one hour a week. You get rid of bullying by running a school that never tolerates– or models– bullying ever. If for one hour a week you talk about how bullying is bad, but the rest of the week you run a classroom where it’s understood that some people deserve to be punished or hurt or made to feel small, your bullying program is a huge waste of time.

If you spend an hour a week talking about how to be a decent person, and the rest of the week behaving like a lousy person, you’re wasting that hour. And if you spend the week being decent people, what do you need that hour of class for?

And, I would add now, you don’t model character for young humans by engaging in lying and slander to score political points. If 2022 is, as some activists are promising, the year that SEL takes over for CRT as the object of panic du jour, good luck to us all. But just because you call out the throwing of poo, that doesn’t mean you have to support the thing the poo’s being thrown at.