Curmudgucation: History is a Conversation

History is a conversation, not a declaration, and anyone who says, “This is the Only One True Way to understand this event,” is not doing history, but something else.

It is ironic that in all this fretting about how history is taught, students generally consider history to be the most pointless class they’re asked to sit through. But we humans are hardwired to do history (even if we have trouble imagining that history didn’t start when we were born). Let me use the analogy I used to use with my students. 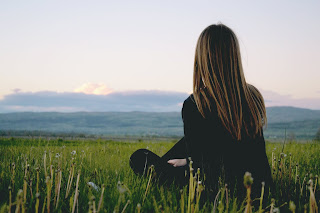 Saturday night, at a big party, Pat and Sam have a big public fight, break up, stomp out of the party separately. Roughly five seconds later, the conversations start. What exactly happened? What caused it? What explains why it happened? Who’s responsible for what happened? Which part of what we’re hearing is reliable, which is second- or third-hand, and which is just stuff someone made up? What changed because it happened? How will this affect the way people act on Monday? What is the True Story of what happened?

There will be so many different answers to these questions. Pat’s answers. Sam’s answers. Their different sets of friends. People who have known them for a long time. It’s possible that all these people will reach some sort of consensus about what happened; possible, but unlikely. And in the meantime, new tidbits may ripple through the conversation (“Did you know that Pat’s folks were talking about divorce when the fight happened?” “Did you hear that Sam was developing a substance abuse problem?”) New information will cause folks to re-evaluate information in retrospect.

And if, for some reason, the Great Saturday Night Breakup Fight turns out to be a big enough deal that it sticks in people’s memory (because part of the Conversation of History is “Does this thing merit being remembered and mulled over?”), as the various participants and witnesses age and learn and grow, they acquire new perspective. Fifteen years later, Pat may look back and think, “Yeah, I was just an ass back then,” or Sam may look back and think, “Yeah, I just wasn’t ready to talk about what I really wanted.” The event may, over time, have harsh repercussions and harden into a bitter, angry turning point, or over time Pat and Sam may end up friends who remember it warmly as a small blip in their relationship. Turns out figuring out how to fit the chapter into a larger story is its own conversation. And some results may be unexpected; some stranger at the party may have seen the fight and determined that they would avoid any such event in their own life. Someone else may have seen something that every other observer missed.

Human beings are complex, and the ways in which we bump into each other are also complex and rich and, most importantly for this analogy, multi-dimensional, so that the conversation about a moment in human existence is never, ever settled.

But, oh, how we love to settle it. We decide that This is the One True Story of What Happened, and (particularly if we use that story to help define ourselves) we may fight like hell against any different information, any different interpretations, any new perspectives. As much as we humans are driven to create a map of the world, we are equally driven to keep people from messing with it once it’s built. We want the feeling of solid, settled history under our feet. We hate feeling it shift and tilt and move under us, and yet, we are doomed to either feel that shift or to expend a huge amount of energy to convince ourselves (and anyone who will listen) that it isn’t shifting, that it shouldn’t shift, that if it IS shifting that’s because Nefarious Persons are messing with it with ill intent.

History is never settled. People who insist that schools should “just teach the facts” are arguing that we should take a steak, cut off the fat and the meat, wash off the juices, and let students lick the bone. It’s like telling literature teachers that they should “just teach the words,” but not the sentences they form.

There’s so much more to it, and that so much more is a conversation, a debate, a discussion, a search for other information, other perspectives. Ideologues and children are not very good at that kind of history, but it’s the only kind worth doing. We are limited human beings, hemmed in by time and space and experience. We can never view any moment, any event, any slice of human experience in 360 degrees and infinite time, so we try and stretch the best we can. It’s hard and one of those “strive toward a star you will never reach” things, but that’s no excuse to try to reduce rich human history to a single simple story by denying the full depth and breadth of the thing.

Education is about learning to become our best selves, to grasp what it is to be fully human in the world, and that means grappling with history–too big to hold in human hands or see with human eyes. A debate about whose One Single Truth should be taught is missing the point. Trying to reduce history (or education) to something small and simple is to cut away the important parts; we owe our students more than that.