Florida’s legislature is at it again, joining in a national trend of using the pandemic crisis to fuel school voucher initiatives.

Manny Diaz, Jr., (R-Hialeah) has spent his career chip chip chipping away at public education in Florida, and yesterday he returned with another bold idea. 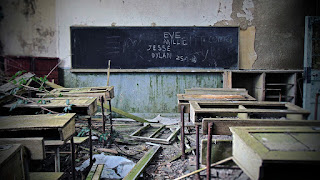 We’ll look at the bill more closely in a minute, but let’s pause first to admire the cynicism behind this proposal to further gut Florida’s public school system. Here’s Diaz making his pitch for why he heard the call to propose this bill:

During the past year, our scholarship families let us know that they wanted programs that were easier to understand and simpler to navigate. They also told us that they wanted more flexibility so they could give their children access to high quality education while continuing to keep them safe during the pandemic. This bill represents our effort to respond to those concerns and improve all our school choice programs by making them more family friendly. I am very proud to have my name attached to this bill

Senate President Wilton Simpson also noted that the state’s system of programs is “pretty confusing,” and you might think this has to do with the way that Florida GOPpies have rolled them out piecemeal, using various student groups, like the poor or those with special needs, has contributed to the patchwork nature. You might look at the Hope Scholarship, a program that was nominally set up to rescue bullied students but turns out to be more about Rep. Byron Donalds’ desire to “leave his mark” than actually help bullied kids, which it turns out it isn’t actually doing particularly well.

But no–Simpson has another theory about why the system of vouchers that has been implemented by the legislature is a slapdash mess: “This patchwork system is largely the result of years of legal challenges from school choice opponents who have attempted to thwart every effort to actually give parents a say in how their children are educated.” Really? Because mostly lawsuits about Florida’s voucher systems have run into a buzzsaw of voucher-backing money and well-financed opposition, as well as unfriendly courts. Now, if Simpson wanted to sat that the patchwork system is the result of Florida carefully dipping its toe in the school voucher water a little bit at a time so as to avoid getting called out on violating the state constitution, I’d say that was a more accurate take, but of course it wouldn’t allow Simpson to blame somebody else.

So here comes SB 48, designed to expand the eligibility for programs, combine them, and put them under ESAs and folding in Tax Credit Scholarships. There are a few other wrinkles as well.

It also reduces oversight by the state–previously the outfits overseeing the tax credit scholarships had to be audited annually, to make sure they were spending public tax dollars appropriately; now they would be audited only every three years. That’s important, because an ESA is like a debit card given to parents, and history tells us that without some oversight, the tax dollars carried by that debit card can end up spent on….well, in Arizona they discovered about $700,000 in ESA money on beauty supplies, clothing, and even attempts to just grab the cash.

Publicity touts “adding flexible spending options” as well. The vouchers can be used for the following: instructional materials (including digital devices); curriculum; tuition for full or part-time for everything from postsecondary courses to a “home education program” to private school to virtual school; fees for tests (SAT, AP, industry certification); Florida’s prepaid college savings programs; contracted services, including classes from public school; part-time tutoring services (from someone who has certification or has just “:demonstrated mastery of subject area knowledge”); summer school or after-school ed fees; transportation (under $750). So, a whole lot of things other than just a voucher to go to school somewhere.

This fits with another piece of the proposal (which is really an amending of existing law); the consistent strike-through of “eligible nonprofit scholarship funding organizations” and replacing it with “K-12 education funding.” This gets us back to tax credit scholarships, a type of voucher most recently pushed by Betsy DeVos. In the classic TCS, a wealthy donor gives some money to fund vouchers. That money is counted against their tax bill (in Florida’s case, 100%), so give $10K to the voucher program, pay $10K less in taxes (and the state gets $10K less in revenue). So far, tax credit programs have involved a middleman to complete the process of laundering the money. Pat McGotbux gives $10K to, in Florida’s case, Step Up for Students, who in turn award the voucher to parents (or, in some cases, to a school on behalf of parents). That extra laundering step has protected states from any charges of violating the separation of church and state, of giving tax dollars to a church-run school. But thanks to Espinoza v. Montana Department of Revenue and a host of “religious freedom”-friendly judges installed by That Last Guy, states are no longer quite so worried about that whole church state wall thing. However, the proposed law still allows for a robust, profitable business in the scholarship funds management biz (there’s a whole section on how to qualify).

This also dovetails nicely with the “flexibility” touted above; the dream for ESAs for many ed privatizers and profiteers is the “unbundling” of education. Why go to the trouble and expense to put a whole “school” on the market when you can target more tightly–get in the math class biz, or the art class biz, or the ELA biz. Instead of sending a child to school, parents can assemble a variety of educational “resources” and just put it all on the ESA card. Where the law used to say “A parent who applies for a Family Empowerment Scholarship is exercising his or her parental option to place his or her child in a private school,” it now says “…exercising his or her parental option to determine the appropriate placement or the services that best meets [sic] the needs of his or her child.” (l. 2316-2321)

This also makes another significant swap-out. For “we promise to provide a free and appropriate education for your child” it substitutes “we promise to give you a credit card with some funds on it and thereby wash our hands of you–good luck in that free market, parents.” The law includes a requirement that the state department of education “shall develop guidelines for a parent guide to successful student achievement which describes what parents need to know about their child’s educational progress and how they can help their child to succeed in school.” So, here’s an ESA credit card and a handy guide pamphlet–good luck, parents. Meanwhile, the market floods with fraudsters, profiteers, well-meaning incompetents, and high-gloss edu-businesses that you can’t afford with the funds on your ESA.

There are other bits and pieces–lawyers will have a dig through this if it becomes a law. But some other tidbits. Students who receive free or reduced price lunches can get funding to attend a school other than the one they’re assigned to by residence. More follow-up on reported bullying incidents. Operators of scholarship-funding organizations have to pass background checks. At one point it talks about some rules that apply “if the scholarship-funding organization provided the majority of the scholarship funding to the school,” anticipating, I guess, some close, chummy relationships between those two parts of the edu-biz-ecosystem. And just in case you thought I was exaggerating, there’s a paragraph about how the scholarship funding organization may distribute the funding, including debit cards and electronic payment cards. You can only contribute to tax credit scholarships up to 50% of your total tax bill.

All of the usual folks like this bill. Americans for Prosperity (the Koch-funded group that helped turbo-charge the Tea Party) says that “the public health crisis reminds us that a crisis should never be wasted when it can help provide cover for our policy goals.” Ha, no! Just kidding. Skylar Zander of AFP said that the health crisis reminds us that one-size-fits-all system does not meet the needs of every child, which I guarantee you will not be what he says when the subject of forcing every child to take Florida’s odious Big Standardized Test, or their foolish third grade retention law, comes up. And, of course, Jeb Bush, the mac daddy of Floridian public school disruption, tweeted about how much he likes it.

Somehow the Democratic vice-chair of the Senate Education Committee only heard about this via an aid on Tuesday, two days before the bill debuted.

“This is a huge, huge problem that they’re about to do this in a COVID year, with all the budget constraints,” Jones, who is vice chairman of the Senate Education Committee, said during Tuesday’s Democratic caucus meeting. “We’re going to have to fight like hell on this one.” I am not sure what it looks like when a Floridian Democrat fights like hell. Florida’s teachers did a little better:

“What the world has learned during this pandemic is the importance of public schools to a functioning society, but one of the first bills out the gate this year in Florida undercuts public education. Parents want lawmakers to invest in and support public schools. This bill does the opposite, and would drain away more resources from the schools that educate the great majority of our state’s children,” FEA president Andrew Spar said in a prepared statement.

But, in an editorial choice emblematic of Florida, the FEA quote is the last paragraph in the news service release about the bill, and was cut off of many repeats of the story.

This, for many choice fans, is getting close to the end game. The dream– rich people pay fewer taxes and only support the schools they want to support. Wealthy people still have access to all the choices they want, while everyone else gets to pick through a free market morass in search of do-it-yourself education for their children. Education becomes mostly privatized edu-business, and the public schools remains in some markets to do their underfunded best with the “customers” that nobody wants. But hey. Lower taxes. Less paying for the education of Those People. Put Jesus back in charge of more education, even if that means the education is not very good, aggressively exclusionary, or even abusive.

We’ll see what happens. Pay attention. Because Florida remains on the cutting edge of disrupting public education into oblivion, the model which other states that hope to be the very worst still aspire to follow.