We have been down this road before, but I will beat this drum till my knuckles bleed (and the older my children and my grandchildren get, the harder I’ll drum).

Florida is once again reporting that 40% of Florida kindergartners are “not ready for kindergarten.” Rep. Erin Grall (R) told a House early learning subcommittee “That’s on us,” as part of her pitch for HB 419, a bill intended to restructure Florida’s early learning “system.” 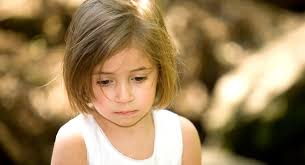 Florida has been spent a few years giving five year olds their own version of the Big Standardized Test to measure kindergarten readiness, and it has consistently found that nearly half of Florida’s littles “are not ready” for kindergarten.

Clearly there is a problem, and the Florida legislature has been steadfast about looking for that problem in the wrong place.

If half of your five year olds are “not ready” for kindergarten, the problem is with either A) your instrument for measuring readiness and/or B) your expectations for what “readiness” looks like.

I bolded that because all caps would just be rude. But nobody in power in Florida seems to be looking at this answer.

There’s the Children’s Movement of Florida that wants to get to 100% kindergarten readiness by 2030. The group is a real cross-section of Florida’s education policy-makers. Founded by David Lawrence, a former newspaper guy whose memoir comes with a Jeb Bush forward. The founding board also included the president of Publix charities, a bunch of former legislators, and the ever-reformy Manny Diaz. The CEO is Vance Aloupis, a lawyer by trade, who helped run Volunteer Florida for Rick Scott and who got some American Enterprise Institute leadership training. The president is Madeline Thakur who was polished up by the Miami Foundation and appears to have spent one year as a teacher’s assistant in an ESL classroom, which is about as close as anyone in this outfit comes to having actual classroom education background.

Thakur had this to offer in her own op-ed on Florida’s readiness “crisis.”

So what does it mean to be ready for kindergarten? For our 5 year olds, social-emotional skills are far more important than mastering letters, numbers and shapes. Children who are “ready” can listen, communicate and cooperate. They can hold a pencil and focus on a task. They have a foundation for critical thinking and curiosity and they have an eagerness to learn.

As if these qualities need to somehow be trained into the children instead of allowed to emerge on their individual, natural developmental growth.. Now, note the ultimate objective of all pre-K chicken littling:

First, the persistence of Raj Chetty’s sexy-but-highly-debatable claims is really irritating, but “a good kindergarten class will affect your lifetime earnings” dies hard, because it makes for great alarm bell ringing. Second, yes, by all means, we want better meat widgets who will please their employers. Never mind happier human beings with better lives.

Grall’s solution to this mis-diagnosed problem is –surprise–more tests sooner. This, among other things, demonstrates mission creep–the original point of the VPK tests, given to littles at the beginning of kindergarten (because what a great way to introduce littles to school) was to measure the effectiveness of Florida’s various pre-K programs. Now Grall wants it to provide readiness feedback for parents, but to do that, we need to do more assessment sooner.

It’s all backwards, like a suit maker who discovers that half of their suits fit really, really badly and so, somehow, concludes that human beings have to be engineered into a different shape that better fits the suits they make.

It cannot be said often enough–if you discover that a huge percentage of five year olds are not ready for your kindergarten program, that is an indictment of your program, not of the five year olds, their parents, their teachers, or their breakfast cereal.