Eyebrows shot up around the country this week as the Tampa Bay Times reported on how the Pasco County Sheriff’s Office keeps a secret list of “at-risk” kids who could “fall into a life of crime.” Creating the list involves the office collecting and factoring a whole bunch of different you-probably-thought-they-were-confidential records, including records from the school district and from the state’s Department of Children and Families.

“We have an agreement with the Sheriff’s Office,” the superintendent said in an interview with the Times. “The agreement requires them to use (the data) for official law enforcement purposes. I have to assume that’s exactly what they are using it for.” 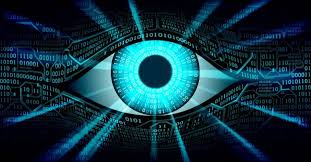 Low grades? Absenteeism? Violence in the home? You may well be flagged as a possible future criminal. The Sheriff’s Office has a whole manual. And a list, with 420 names on it. And none of the families connected to the names knows a thing about it. This is not a targeted search, where someone is concerned about Pat McStudent; this is a blanket sweep of the entire list of records from the various institutions.

Mark Lieberman at EdWeek did some checking to see if this practice is illegal (if you’re old enough, you may remember when FERPA protected students from this kind of thing). The answer seems to be “Maybe, but that’s sure not what the writers of relevant federal law had in mind.”

The Pasco County list should not have come as a surprise. In fact, the only surprise would be if no other Florida counties are engaged in similar activity. Here’s why.

Back in 2018, Florida passed the Marjorie Stoneman Douglas High School Public Safety Act. After that horrific school shooting, one of the pieces of conventional wisdom is that somebody should have spotted and intercepted shooter Nikolas Cruz before he became a mass murderer. If we had a single integrated data system that collected and collated data from schools, state agencies, and social media, and then ran it all through some super-duper computer algorithm, we could stop the next Cruz before he happened.

So Florida opened up the Office of Safe Schools and put in place the tools for both increased school security and increased student surveillance. I’m not sure that anyone knows exactly how far the data hoovering has gotten, because it was all meant to be super-top-secret, but the full concept makes the Pasco Sheriff look like a slacker.

The bad effects of such a program, beyond the plain old violation of privacy, are many, from turning student-school relationships adversarial to having students haunted through their entire lives by incidents from their childhood. This type of program puts a whole new ugly weight behind, “Careful, or this will go on your permanent record.”

So it’s good that the Times did this story, and it’s good that people are freaking out about it, but my advice to friends in Florida would be to keep digging, because if the state did what they promised to do a few years ago, this Pasco business is just the tip of the iceberg. In the meantime, read the full Times report to see just how ugly, unjust, and intrusive that iceberg is.