Now that Don’t Say gay is the law in Florida (at least until someone takes it to court), the anti-gay folks are out in force. I get PR releases from folks who want to get themselves quoted in The Media, and they are about what you’d expect. 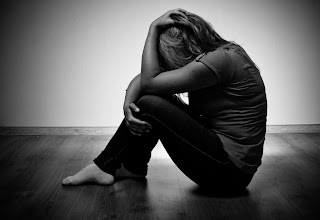 For instance, FreedomWorks, the Libertarian advocacy group that was part of the Koch Brothers push for the Tea Party movement, wants to hoot a little. From their Press Release:

Despite the many lies and relentless attacks on parental rights by the national media, woke corporations, and Democratic leaders, this bill’s passage means that Florida parents will now enjoy greater control and transparency over their children’s education. It is the fundamental right of parents to make decisions regarding the education and upbringing of their children. HB 1557 reinforces that right and protects Florida families.

The “lies” that they refer to aren’t terribly accurate–except for one. That’s the one that says the law doesn’t single out gay folks, which is technically correct and deeply disingenuous, because everyone understands exactly what the bill is supposed to prevent; DeSantis can say that the bill doesn’t single out gays even as his press secretary says only “groomers” oppose it. In case you’re not sure, here’s a Tweet from Mothers For Liberty, who like many others, have a pretty clear idea of what the law is about. 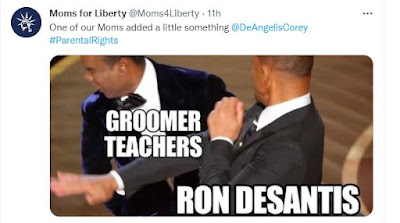 The “grooming teacher” theory, the idea that all teaching about LGBTQ persons is just a way for predatory teachers to “recruit” is offensive on so many levels, but for people insist that LGNTQ persons are made and not born, it’s a natural fit. If LGBTQ identity doesn’t occur naturally–if people aren’t born that way–well, then, either it’s the result of some sort of mental illness, or LGBTQ is perpetuated by constant recruiting, by LGBTQ adults tricking children into changing teams. This perpetuates the age-old evil conflation of LGBTQ and pedophiles. It’s also a dumb theory, and a nasty one that is best held by someone who has never met an LGBTQ teen or listened to a student crying and desperately wishing they could be “normal.”

This also fits well with a particular political lens, a lens that views all complaints and pleas by certain subgroups as simply some kind of political dodge, a ploy that doesn’t come from actual lived human experience, but from an artificially crafted play to angle for political power. Members of groups don’t talk about oppression or bias because those are real things, but because that’s a way to craft an argument to Get Stuff. It’s all just a trick to get special treatment. One wonders how much of this believe about need to recruit members and politically trickery to gain power is all projection.

Deb Geller, “former UCLA Dean and expert at Intelligent.com,” also sent along her two cents, and it’s much more sensible:

My concern is about how teachers will interpret the law. Too many schools already act as if all families include a mother and a father; students are expected to make Mother’s Day and Father’s Day cards or craft projects for what may be non-existent parents. Whether a child is being raised by a single, divorced or widowed parent, by grandparents or other family members, by same-sex parents, or in foster care, this is problematic.

Fear of retaliation for what they believe to be a violation of this law may lead to more of this type of subtle discrimination by teachers against students and their non-traditional families. All of our children -and their families- deserve to be treated with equity and respect. Diversity should be celebrated, not censored. Curriculum decisions should be driven by educators with students’ best interests in mind, and not by politicians with their own interests in mind.

Well, yes. The chilling effect is a major feature of the law, amplified by the enforcement of the law by parents. Florida has now given every parent the ability to interpret the law as they see fit (including whatever mom created that Tweet above). It doesn’t matter if some bring nonsense suits that lose in court–school districts have neither the time nor the money to defend themselves from nonsense suits, and district administrators will continue putting the kibbosh on anything that might trigger their district’s most anti-LGBTQ parents.

Ugly days ahead in Florida.