While charter schools and vouchers are both members of the school choice family, they are cousins who only occasionally get along. And as a public school fan, I have a definite preferred cousin.

It may seem like a thousand years ago, but when Betsy DeVos first turned up as an education secretary candidate, some charter fans actually expressed concerns. DeVos felt the need to reach out to charter fans and offer an olive branch. That’s because DeVos, like many fans of a pay-your-own-way voucher system, was content to back charters as a way to crack apart the public education system and get the school choice foot in the door. But now that the time seems ripe (conservative judges, GOP legislatures, Espinoza, etc), many erstwhile charter fans are dumping the poor old girl for their true love.

There are many reasons that charters and vouchers are natural competitors. 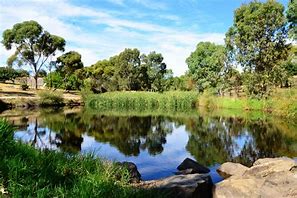 The obvious area is simple competition for market share. Both private voucher schools and charter schools are after the disaffected don’t-want-to-go-to-public-school crowd. Voucher-accepting schools have an advantage in competing for the religious school market because they can be more direct and explicit about their religious content. And the super-voucher education savings account systems are aiming to bust things up even more–you don’t even have to a “school,” but can just pick various education odds and ends from various marketplace vendors. In the marketplace, charters (with their constant insistence that they are public schools) may appeal to less adventurous folks who want to make some changes without leaving the system, but for folks who are all about the choiciness, a fully-realized pay-your-own-way unbundled voucher system like the ones being pushed now–well, for some folks, they make charters look like Choice Lite.

Voucherfied systems, particularly those that incorporate tax credit scholarship instruments, bring a different approach to the funding stream that does not serve charters well. Let’s say that the funding is an actual stream that leads to an actual pond. Traditionally, that pond was used strictly for thirsty public school systems. The charter approach has been to insist that they be allowed to drink from that pond, too. The voucher approach is to interrupt the stream itself, redirecting it away from the pond and off to a hundred other little locations.

This is in keeping with fundamental differences about how the two policies view public education. The charter concept is at least meant to supplement or expand the public school system; the voucher concept intends to blow it all up.

I can imagine a world in which charter schools worked. You could do charter schools with local control, appropriate oversight and accountability, and the necessary funding (in fact, some people do). You could set up charter schools without prioritizing on real estate deals and profit-making management organizations. In fact, one of the mysterious tricks of the modern charter movement is the way proponents have managed to make free market profiteering seem like a necessary integral part of charter policy, when there’s no real reason for any such connection. Free market profiteering isn’t even necessary to deliver “choice,” but it seems that for too many proponents, the free market profiteering part is really more important than the choice part. Some free marketeerrs may sincerely believe that only market money dynamics can deliver choice; I see no reason to believe they’re correct, but I believe that’s what they believe. The fact is, charter schools as originally conceived and as successfully practiced in some places do not have to have anything to do with privatization and the free market.

But vouchers are another story. I have tried (I love a good thought experiment), but I cannot imagine a world with a voucher system that is not really a pay-your-own-way, two or three tier system (with the vestiges of public education occupying the lowest tier). Charters have adopted and tacked on free market ideology as a tool and a desired outcome, but vouchers cannot be separated from it, because the whole concept of vouchers is about replacing shared societal responsibility for maintaining a common good with opportunities for folks to make a buck. At the same time, the wealthy will still get the education they want for their children, while being freed of any requirement to help foot the bill for educating Those Peoples’ Children. And I am unable to imagine–nor have I seen anyone propose–a voucher system that works otherwise.

Legislators have consistently rejected any kind of oversight for vendors in a voucher system, often including specific language that says the state will not tell vendors what to do; New Hampshire’s bill has a whole section entitled “independence of education service providers” including the point that nothing in the law can be used to reduce vendors’ “independence or autonomy.” There are virtually no quality controls in any of these, nor, as we’ve seen in Florida, any guardrails for the students themselves. Private schools retain the right to accept or reject students at will, nor will meager voucher amounts allow poor students to afford top-dollar schools. The most striking feature of a voucher system remains the dissolution of a state’s responsibility to make sure every child gets a decent education.

Could vouchers be cleaned up? We’d have to create regulation and oversight for all providers, which would simply drive most providers out of the market. The number one beneficiaries of vouchers are private religious schools, and if they can’t operate with their fully religious character, they aren’t going to play. Tell them they can’t discriminate against LGBTQ students, and they will simply take the next train out of voucherville. Regulating a voucher system would cause it to collapse; not regulating it robs students of the free, quality education they are owed.

Bottom line: voucher and charter systems are not the same, and the shift of so many school choicers to the voucher camp is bad news for US education.