Over at AEI, Robert C. Enlow and Jason Bedrick have some thoughts for new, improved rhetoric for pushing school choice. It’s worth a look to see where the argument is headed in the year ahead.

Enlow is the president/CEO of EdChoice (formerly the Milton Friedman Foundation for Educational Choice). Bedrick is the director of policy at EdChoice, as well as a scholar the Cato Institute. 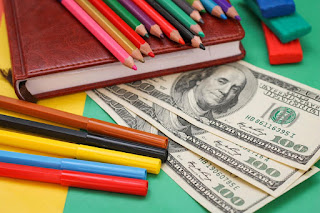 Given their background and affiliation, there is no surprise with their kick-off premise, which is that conservatives should still keep choice at the heart of their education agenda. This is framed as a resolution to the tension between choice and accountability, which has indeed always been a problem with reformster rhetoric–it’s hard to create a world in which schools are held tightly to standards and test-centered accountability but certain schools are also free to do whatever.

Accountability has been doomed as a reformy cause for a while now. For one thing, it has already accomplished the task of cementing the narrative that public schools are “failing,” and for another, charters haven’t turned out to be any better at the accountability game than public schools. And accountability has always been poison to choice incursion into private schools, which largely have little interest in collecting taxpayer dollars if they have strings attached.

Enlow and Bedrick have three specific suggestions for rhetorical changes in how to frame the debate (and they are remarkably in line with the rhetoric used by Betsy DeVos).

Way over the right, this has always been the dream–not choosing between public schools and charter schools, but letting families shop at a smorgasbord of edu-busineses vending a variety of edu-products. The dream is to make the entry requirement for getting into the edu-biz market as low as possible, so let’s dispense with the model of a “school,” and get on to selling education wherever, however. Enlow and Bedrick offer a good, old rosy-glassed libertarian vision of the benefits:

Importantly, these options allow families to pursue classical education, a content-rich history and civics curriculum, and more rigorous curriculum generally where these opportunities are otherwise lacking.

These options also allow families to avoid all of these options. And, of course, the options are only going to be available if someone decides it’s worth their while to offer them.

Here’s something they get right:

If there’s anything I don’t miss from a decade ago, it’s the endless drumbeat that schools are terrible because they are filled with terrible teachers and therefor students must be plucked from these hellholes (with hellishness measured by a single bad, narrow standardized test). If you miss that routine, you can still get it from Jeanne Allen at the Center for Education Reform, or any Trumpist on Twitter.

Picking at the low-hanging fruit has been a reformy tactic for a while, from plans like a state-run district that takes over the bottom 5% of schools to states that offer voucher program aimed specifically at students in low-wealth communities and low-score schools.

The “right fit” approach, beloved by Betsy DeVos for a while, opens the market stem to stern. Under this theory, even a wealthy student at a high-rated school might still need some school choice in order to find her “right fit.” This angle also allows choice to include religious private schools more easily, a DeVos goal for ages.

The “failing schools” paradigm also makes choice only about providing equity for the disadvantaged rather than systemic change. Equity is certainly important—it is a matter of justice—but significant improvements will require large-scale changes in how education is delivered.

Since the beginning of the Trump/DeVos administration, reformsters have wrestled with the schism between social justice reformsters and free market reformsters. AEI and EdChoice are solidly in the free market camp, which believes in its heart that the market should decide which schools are “failing” and which are not, that, in fact, the definition of “failing” should be “not selling enough product to be financially viable.”

I have huge problems with the “right fit” framing, because it adapts easily to the systemic preservation of inequity. It fits all too easily with the classist notion that everyone would be so much happier if they just settled into their proper place in society. This No Excuse Academy might follow oppressive policies that emphasize compliance and subservience that no rich white parents would ever tolerate, but hey, it might be just the “right fit” for some of Those People’s Children. And Our Lady of Perpetual Motion can go ahead and reject any of Those People’s Children because, well, this school just wouldn’t be the “right fit” for them.

This is the least-new part, and is simply a restatement of the idea that schools should be driven by market forces, or as the essay puts it, “True accountability is when service providers are directly accountable to the people who bear the consequences of their performance.”

Well, schools are not “service providers” or Uber drivers or taco stands, and the free market remains a bad match for public education. Enlow and Bedrick are correct in arguing (as teachers already had argued for years and years and years) that the single high-stakes test messes up the system; it’s nice to have them on board, as outfits like AEI had previously argued that the Big Standardized Test was a necessary part of the free market, informing the decisions of parents.

This part is complicated. How will parent decisions be informed? The free market does not foster superior quality; it fosters superior marketing. How many tax dollars do we want to see funneled into marketing campaigns? What do we say to parents whose children are rejected for not being the “right fit” with the brand? What will the market offer to students who are rejected by all the vendors as  not the right fit, aka too much trouble and expense to educate? When has a free market sector ever focused on serving every single customer? In the free market, you can win by avoiding high quality and shooting at the middle (eg Walmart) or you can shoot for quality and aim at only a limited number of customers (eg pick your favorite super-expensive home sound equipment).

What the free market does well, besides fostering great marketing, is pick winners and losers, both among vendors and customers. Parents would be just as “empowered” as the market chose to make them, and they will have access to just the choices they are offered.

These three rhetorical twists are offered by the authors as a way to promote choice, but they don’t strike me as making the argument any more convincingly than the old rhetoric. DeVos seems to like them, though, so I guess we’ll be hearing them for a little bit longer.